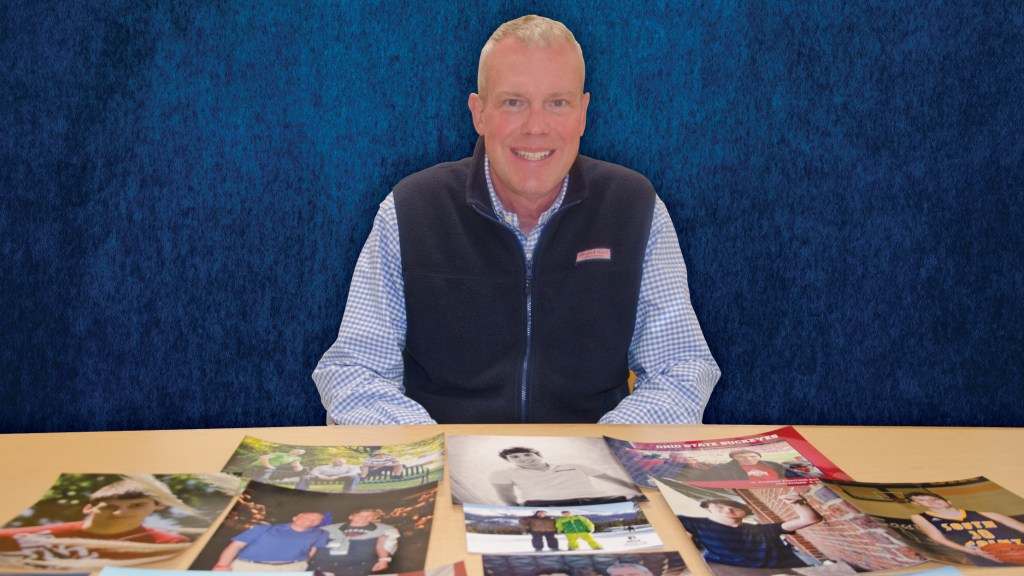 Bill Christian has hosted an international exchange student every year since 1999. (The Ironton Tribune | Heath Harrison)

Bill Christian said he loves learning about other cultures and, for the past 23 years, he has taken part in program that has allowed him to do that while, at the same time, establishing longtime friendships.

Christian, of South Point, has hosted an international exchange student every year since 1999.

He said the idea of hosting was suggested to him by a friend’s wife. His first exchange student, Per Nordkvist, of Sweden, led to him repeating the experience since.

“I have enjoyed learning about all the different cultures and making friends all over the world,” Christian said.

Nordkvist, who is now in the Swedish government, has kept in contact with Christian, who said he went to visit him in 2019 at a meeting of the International Monetary Fund.

“So I was colluding with Swedish government officials while I was there,” he said.

He said hosting has given him the chance to learn more about life in other countries.

“I also enjoy getting to know and understand their views and perspectives on the world,” Christian said. “I love learning about their culture and everything that goes into it, from food to families and the interesting dynamics.”

Christian works as assistant principal at South Point Elementary School and, at the time of the interview, was filling in as principal at Burlington Elementary.

All of the students he has hosted over the years have attended South Point High School.

He said the students arrive in August and stay until the first week of June, which gives two weeks after school ends before their VISA runs out.

Christian said they have always received a good welcome from the school.

“It’s always gone very well,” he said. “The teachers and students have been nice and have always befriended them.”

Christian said the students have all attended church with him at Solida Baptist Church in South Point.

“They have enjoyed meeting the people there and getting to know them,” he said. “The church has also taken them in and given them a good experience as well.”

“Simon is great guy,” he said. “He loves to play basketball and plays on the South Point High School JV basketball team. Simon likes to meet people, play video games and play or watch basketball whenever he can. He loves Giovanni’s and Slim Chickens.”

Christian says his aim is to show the students what life in America is like.

“I also want them to see what small town Americans are like and how we think,” he said.

Conversely, he said it is an opportunity for local students to learn about other cultures.

“Very few people around here will ever leave the country,” he said. “So this is a way to bring other countries to them. And I always tell them to be a good ambassador for their country.”

He said this was the case for him. He recalls his first encounter with an exchange student when he was attending Ironton High School — a girl named Petra, from Sweden, who was in his German class.

Christian, who likes to travel, also shows the students around the United States.

“I start with asking them if there is something they would like to see,” he said. “Surprisingly Walt Disney World is a favorite and I have made many trips there.”

He said he has taken some of them to New York City, to Disneyland in California and other sites across Ohio.

“One place that I always try to take them is Washington, D.C.,” Christian said. “We go in the spring as sort of a capstone on their year of leaning about the USA and its people and history. One thing they usually ask is ‘Did you used to live in Washington, D.C.?’ because I sort of know my way around. I say, ‘No, I just have been here many, many times bringing all of you and on school field trips.’”

He said they have also been to the Ohio Statehouse, in Columbus, and he has taken them to see sporting events, based on their interest. “I just took Simon to the UK vs. University of Georgia game last Saturday,” he said. “We have done NBA games, NFL games, Ohio State and Marshall games.”

Christmas is a special time for their visit, he said, and he said he likes to show them how it is celebrated in the United States.

“I tell them this what it would look like,” he said. “The stockings are filled and how it would feel for a child.”

He said they always use the Christmas break to travel, and he has taken some skiing in Colorado.

Christian said he keeps in touch with all of those he has hosted, the oldest of which are now in their late 30s.
“These young men have all gone on to do great things, doctors, businessmen, government officials, a TV show host, a contractor, a lawyer, the diplomatic corps and even a professional poker player – which he first learned to play right here in South Point!”

Christian said 15 have came back to the United States to visit him and he has also visited them in their home countries.

“I have visited Germany, Slovakia, Czech Republic and Switzerland,” he said.

He said many call him on his birthday each year. And he sends gifts to them for their weddings.

“And, when the kids call, they tell me how much they loved Giovanni’s Pizza,” he said.

Christian said when one of his former students informed him of the birth of a child, he was told, “You’re going to be a grandpa.”

“For me hosting, exchange students has been the thrill of a lifetime,” Christian said. “I treasure the friends I have made and the things I have learned from them.”

Exchange students hosted by Christian since 1999: