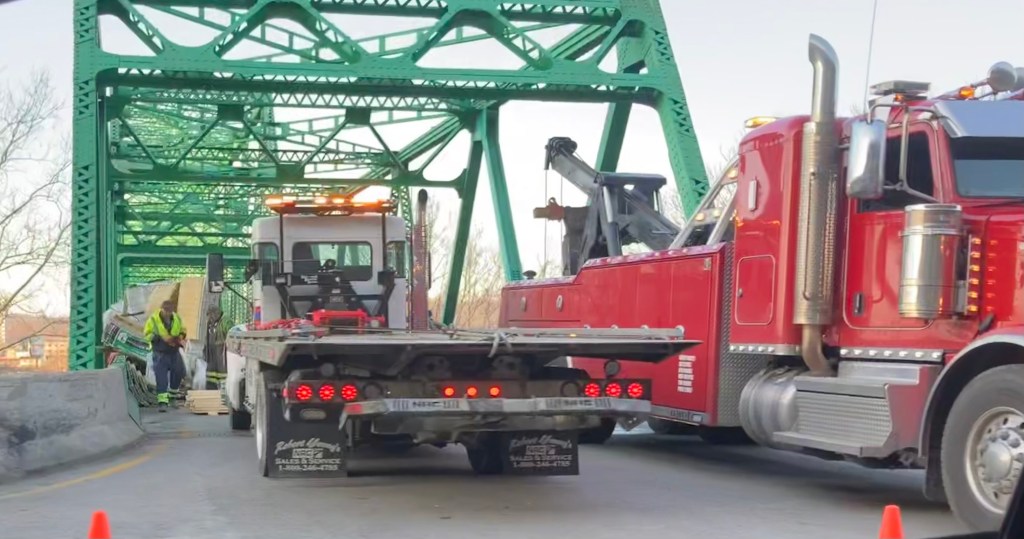 As of 1:15 p.m. today, the 12th Street (green) bridge carrying US 23S/US 52 across the Ohio River from Ohio to downtown Ashland has reopened following an early-morning crash.

Emergency responders had closed the bridge around 4 a.m. after a truck overturned on the structure blocking both lanes.

Debris has now been cleared and state inspectors who surveyed the bridge found no major damage, allowing the bridge to reopen. All detours have ceased.

The 12th Street (green) bridge carrying US 23S/US 52 across the Ohio River from Ohio to downtown Ashland is closed after an early-morning crash. A truck has overturned and is blocking both lanes.

The bridge will remain closed for the next several hours, likely through morning rush hour, as emergency crews continue cleanup and state bridge inspectors check the structure.

Motorists may use the nearby Ironton-Russell bridge to travel between Ohio and Kentucky.