PROFILE: A place for families 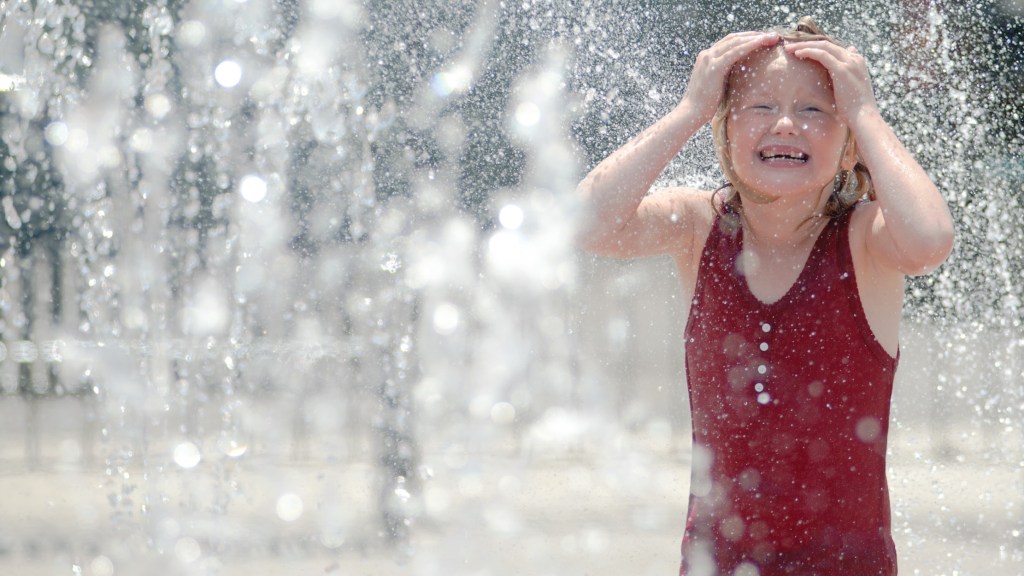 A young girl cools off in the water at Ironton's splash park. (Tribune File Photo)

Over the past year, residents of Ironton have seen the beginnings of a project downtown that is aimed at creating a family-friendly space that will draw people to the city.

A proposal for Friends Park, located next to the Ironton Farmers Market, was first made in 2021 by a committee comprised of Sam Heighton, Mayor Sam Cramblit II, Ralph Kline, Rick Jansen, Dave Milam and Brent Thomas.

With a goal of creating and expanding recreational opportunities downtown, the first work involved renovating the caboose, which used to sit down on the riverfront, Heighton said.

“It’s an important feature and we saw it was useable,” Heighton said.

He said the Lawrence County Commission paid for a new deck to be built, by students from Collins Career Technical Center, while the entire structure was repainted.

Heighton said the caboose could be used for birthday parties and other gatherings and the committee said it would also promote the region’s rail history.

In addition to the deck and repainting, plans call for a handicapped accessible ramp to be installed, as well as new safety glass windows, HVAC and electric service.

It has already proven to be a popular draw and is often used as a backdrop for those taking engagement and prom photos.

Heighton said the caboose was acquired by Kline.

“He saw the possibility of using it,” he said.

Near the caboose, another feature came into place this year.

One of the last remaining arches of the old Ironton-Russell Memorial bridge stands between the spray park and Market Square, and over the summer, a replica of the old bridge was placed atop the arch..

The entire finished piece was then painted by Parnell Painting, with the cost of paints covered by Ironton alive, Heighton said.

This was from a $2,000 PNC grant, he said, adding that those funds also paid for rope lights for the area.

“To dress things up,” Heighton said.

Another addition in the summer was the opening of The Shakery,
a second location of the Ironton Shake Shoppe.

Owned by Robbie Brown and Maddie Cogan, it opened next to the splash park, which has been in operation for about a decade.

Located in the former ODOT building, it has a condensed version of the Shake Shoppe’s menu, including hot dogs, milkshakes, chili and ice cream, and is open in the warmer seasons of the year.

Planters, which Heighton said were provided by Ironton In Bloom, have been placed in the area, in order to deter vehicle traffic.

As for the rest of the space, which extends southeast, Heighton said the committee will be meeting soon to decide on the next projects.

“We’ll get back together and talk about what happens next,” he said.

Behind the caboose were storage containers, which were to be made up to look like train cars. But instead, Heighton said they are hoping to add a children’s train ride in that space while the containers will be moved to the end of the park.

The train, which would begin behind the splash park, would include a boarding platform, tunnel and a replica of an iron furnace among its features. It would be secured nightly in a storage building.

Other improvements planned are increased handicap accessibility at the splash park, safety and security upgrades, more tables and seating for the concession area and historic and cultural signage.

Heighton said Ironton aLive will also be hosting more events for the area, including a return of the Taste of Ironton festival, which has not taken place for the past two years due to the COVID-19 pandemic, and more of the weekly Tuesday Night Concert Series at the Farmers Market in the summer.

He said they also plan to host the Parks aLive event, which has taken place at the Etna Street Park, as well as in South Point, in the downtown space.

He said Ironton aLive also hopes to “find another way to get involved” with the plans for the space.

“We’re hoping for another grant,” he said.

Heighton said the Friends Park and downtown upgrades project is open to all who want to contribute, making it a community effort.

“All organizations and civic groups in town are invited to do a part,” he said.