Well there really isn’t any blame unlike what Jose Rijo once said after big loss. In fact, it’s time to celebrate as the Cincinnati Reds’ Hall of Fame pitcher will be coming to Ashland to meet fans and sign autographs from 1-2:30 p.m. on Friday, April 29.

Rijo will be appearing at the Bluegrass Sports Cards & Memorabilia shop at 1530 Winchester Ave, Ashland, KY in the historic Camayo Arcade.

Rijo spent 10 season with the Cincinnati Reds, leading them to a sweep of the Oakland A’s in the 1990 World Series, earning the prestigious honor of series MVP.

A former All-Star and NL league leader in strikeouts, Jose also received the Tony Conigliaro award for his perseverance in overcoming an elbow injury that kept him from playing for five years exemplifying his true testament to how strong of a competitor he was throughout his career.

More information will be available via the Bluegrass website at www.bluegrassscm.com. 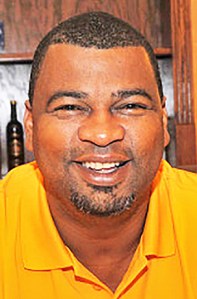 Bluegrass Sports Cards & Memorabilia was established in 2020 by owners Dwayne Sweeney, Tim Crace, and BJ Slone.  Dwayne has over 40 years of experience in sports cards and memorabilia and is an expert in vintage cards and items.

Initially located on Shoppes Creek Rd, they moved to the downtown Ashland location and have grown very quickly since inception.