PROFILE: Tools of the trade 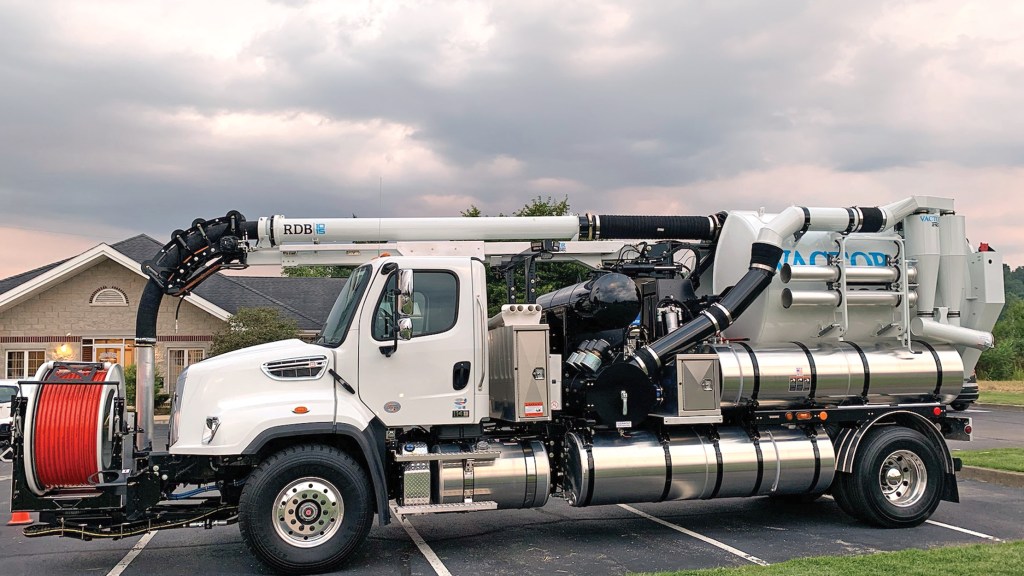 Village of South Point's vacuum truck proves to be a useful piece of equipment. (The Ironton Tribune | Heath Harrison)

In August, the Village of South Point purchased a new $409,000 vacuum truck for its street and sewage department.

Purchased from the Jack Doheney Company, of Cincinnati, McDonald said it is good at digging holes for replacing service lines and dealing with line breaks.

McDonald said using the suction to remove debris is a much safer alternative to having crews dig for lines.

He said the truck’s rotary hydro vacuum system is “strong enough to take the shoes off your feet.”

He said it also has a wireless operation system, giving crews an additional option for control.

The suction tube boom, on top of the truck, has a total length to the back of the truck of 24 feet, and it has capability for another 20 feet, through extension tubes on the side of the truck.

The water storage tank on the rear is capable of hauling 1,000 gallons of water, while the debris tank, which holds everything vacuumed, has a capacity of 8-10 yards of debris

McDonald said the City of Ironton has also purchased the exact same truck from the company and that South Point and Ironton are the only municipalities to have such a piece of equipment.

Museum set to open for season