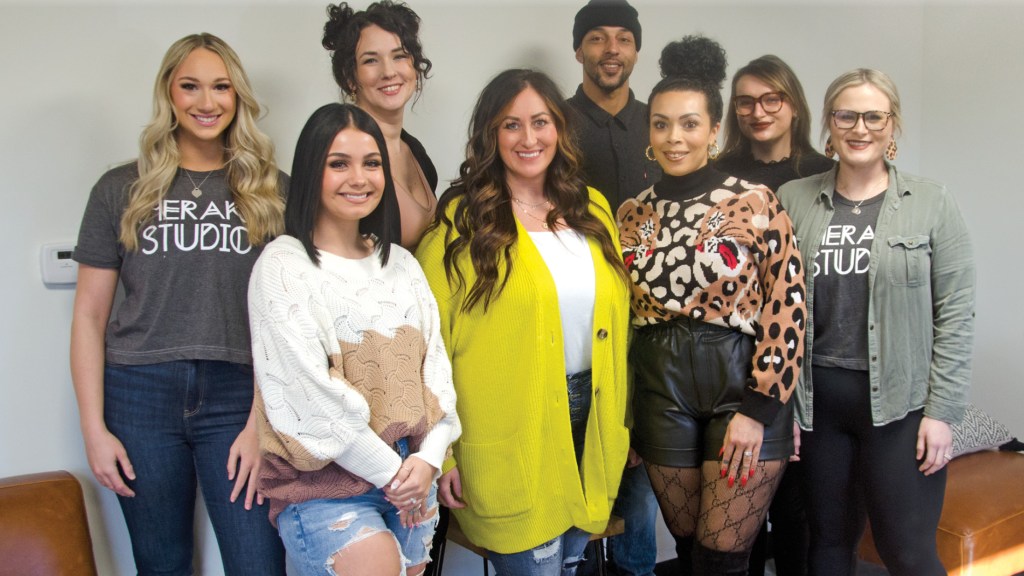 Launched by Casey Brown and Christine Sammons, Meraki quickly proved popular and has moved to a new location with expanded services. (The Ironton Tribune | Heath Harrison)

It was five years ago when Meraki Studio first opened in downtown Ironton.

Launched by Casey Brown and Christine Sammons, it quickly proved popular and has since moved to a new location with expanded services.

Brown and Sammons had worked together at a Coal Grove salon for 12 years when they went out on their own.

“I had been doing hair for about 13 years,” Sammons said, noting the two had always wanted to own their own business.

Brown had moved to South Carolina for a short time, but upon her return to the area, they launched Meraki at its original Park Avenue location. Here they offered hair services, such cuts and coloring, as well as make up, spray tans, facials, waxing, manicures and pedicures.

While there is no exact translation to English for the Greek “Meraki,” it means “to do something with passion and from the heart.”

With their first five years’ success, they decided to grow the business. In May, they moved to their new home at 2024 S. Ninth St. in Ironton, near Ohio University Southern.

“We wanted a bigger space so we could offer more services, and a it’s good location,” Brown said.

“We wanted to own our building,” Sammons said. “And it has good parking.”

The salon now has eight employees — four hair stylists, a barber, a permanent make-up artist, a lash extension specialist and two estheticians, who specialize in beauty of skin.

Among the new services offered are specialized acne treatments, tiny tattoos, spray tans and, starting next month, hair extensions. And having a barber is new for the business.

They said they have attracted clients from as far away as Columbus, Cleveland and Cross Lanes, West Virginia.

When asked what is the most popular service, Brown replies, “Everything, really.”

“The lashes blew up fast,” she said, adding that restoration massages have also been a big draw.

“And our permanent makeup artist is constantly busy,” she said.

Brown said weddings are a major source of clients, and that they offer packages, which include hair, makeup and spray tans. She said they also see a lot of people for formal dances and proms.

They said they plan to keep expanding, offering more.

“And we are doing tiny tattoo parties,” Sammons said.

They also hope to hire a few more stylists, to keep up with demand.

Appointments can be made via Facebook messenger, and the salon is open 9 a.m.-7 p.m. Monday through Friday and 9 a.m.-3 p.m. on Saturdays.

Brown said business has been good since the move, taking with them all of their clients, “who have been with us for years.”

“And we gained a lot moving to the new location,” she said. “The neighborhood was excited and welcomed us here.”