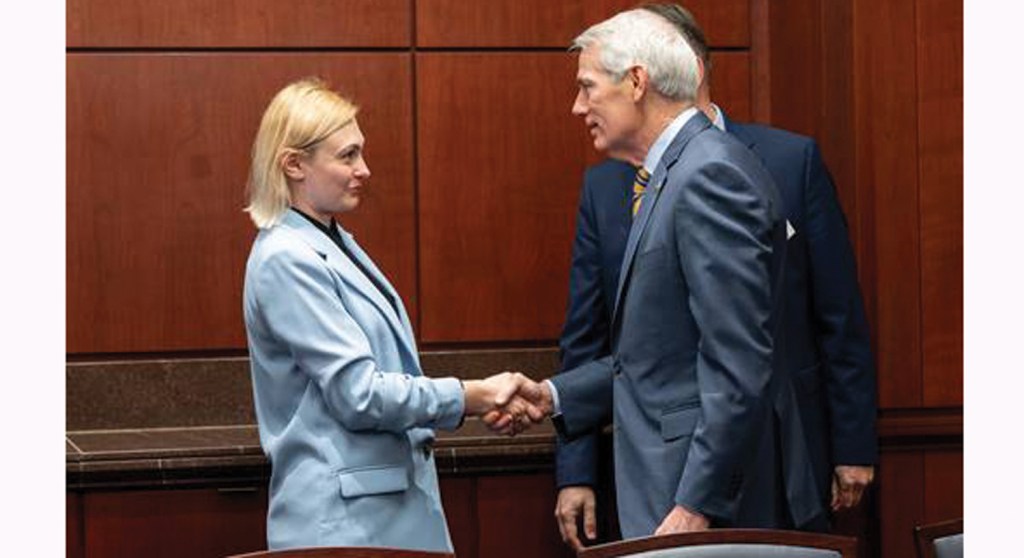 WASHINGTON, D.C. — U.S. Sens. Rob Portman, R-Ohio, and Dick Durbin, D-Illinois, co-chairs of the Senate Ukraine Caucus, hosted members of the Ukrainian Parliament to brief them on the latest regarding Russia’s of Ukraine.

The senators discussed how else the U.S. Senate can support Ukraine. Ukrainian Parliament members in attendance included Lesia Zaburanna, Yevheniya Kravchuk, Anastasia Radina, and Maria Ionova. The Ukrainian Ambassador to the U.S.

Polish ambassador to the U.S Oksana Markarova and Polish Members of Parliament were also in attendance. The discussion comes one month into Russia’s assault on Ukraine.

“I am grateful for the opportunity to meet with members of the Ukraine parliament today. America is inspired by their courage and the bravery of the Ukrainian people to fight back against Russian aggression,” Portman said. “I continue to call on the administration and encourage our NATO/EU allies to do more quicker by way of stronger sanctions – especially those targeting Russia’s banking and their energy sector, which continues to fund Putin’s war machine – and more lethal aid including fighter jets, anti-tank, anti-ship and anti-air weaponry as we work to help Ukraine win this war brought on by unwarranted and illegal Russian aggression.”

“The resilience of the Ukrainian people is unparalleled and deserves sustained American support,” Durbin said. “Today’s meeting reinforced our strong relations and we will continue to work with our European allies to further tighten the economic pressure on Putin, welcome Ukrainian refugees, and much more.”

Portman has been a longtime advocate of Ukrainian issues and Ohio is home to a sizeable population of Ukrainian-Americans.