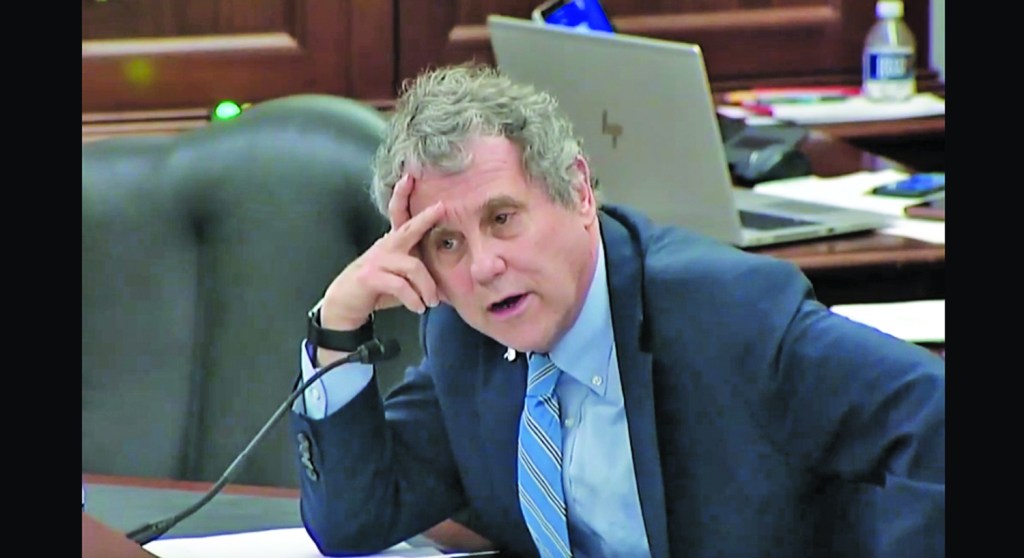 Brown has worked on the issue in Congress to help veterans who were exposed to toxic substances, introducing the SFC Heath Robinson Burn Pit Transparency Act. A modified version of Heath’s bill was included in the Comprehensive and Overdue Support for Troops (COST) of War Act of 2021.

“I met the first Agent Orange veteran [decades ago…] and it’s hard to believe that the military didn’t know more about what these burn pits were doing when they’re burning batteries, and tires and medical waste,” Brown said.

In February, the Senate unanimously passed The Health Care for Burn Pit Veterans Act, which will expand access to health care for toxic-exposed veterans, establish a new process through which VA will determine future presumptive conditions and provide overdue benefits to thousands of toxic-exposed veterans who have been long-ignored or forgotten.

Danielle Robinson attended the hearing. She is the widow of Sergeant First Class Heath Robinson, a central Ohio veteran who passed away in 2020 at age 39 from lung cancer after exposure to burn pits during a one-year deployment in Iraq in 2006. Danielle was accompanied by her daughter, Brielle, and Brielle’s grandmother, Susan Zeier, an activist working to bring awareness to this issue. Tim Hauser, a Gulf War veteran from Twinsburg, who was exposed to toxic burn pits while serving overseas was also in the audience, as were other Ohio veterans and advocates.

During the hearing, Brown pressed McDonough on his testimony that Title 1 would cost about $534 million over ten years for personnel and equipment and questioned the Secretary on his plans to deliver healthcare to veterans exposed to burn pits.

“It’s true that any veteran can file a claim about his or her condition today, and that claim would get adjudicated. But we have to work through each of the portions of the claim,” McDonough said. “More importantly, though, the attention around the issue will remind people, like these great Ohioans that you just talked about, that they have a claim before the United States government, so they will come forward.”