Getting his star — Bare honored with Walk of Fame induction 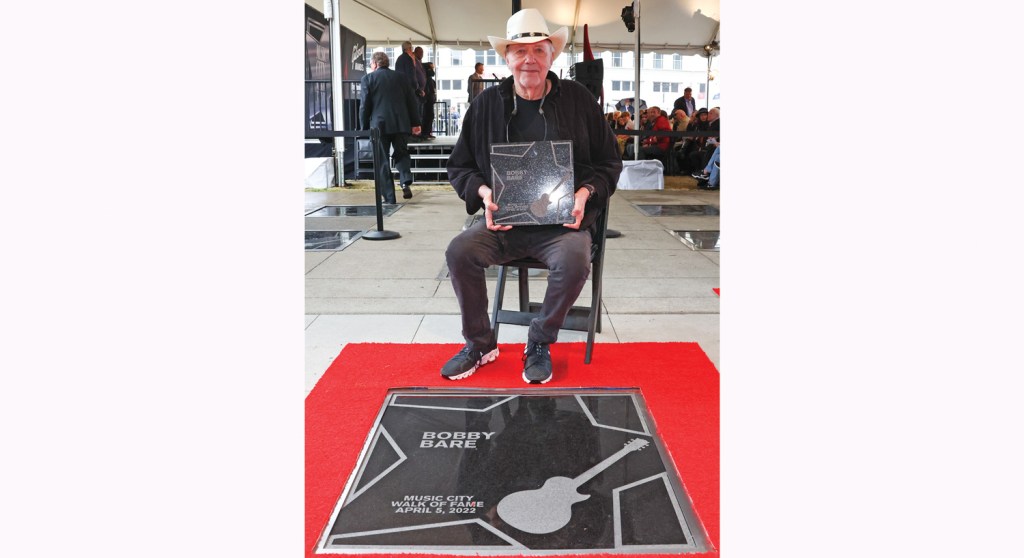 Lawrence County native and County Music Hall of Fame member Bobby Bare after his induction into the Music City Walk of Fame in Nashville on Tuesday. Bare, who grew up in Pedro, turned 87 on Thursday and has music career that extends back to the 1950s. (Terry Wyatt, Nashville Convention and Visitors Corp.) 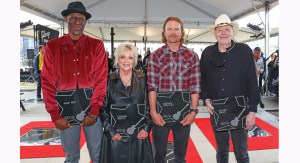 From left, Keb’ Mo’, Connie Smith, Dierks Bentley and Bobby Bare, after their induction into the Music City Walk of Fame in Nashville on Tuesday. (Terry Wyatt, Nashville Convention and Visitors Corp.)

NASHVILLE — With a country music career spanning back to the 1950s, Bobby Bare has amassed many honors over the years, including Grammy Awards and memberships in the Country Music Hall of Fame and the Grand Ole Opry.

And on Tuesday, Bare, a Lawrence County native, was recognized again for his life’s work with an induction into the Music City Walk of Fame in Nashville.

Bare, who turned 87 on Thursday, grew up in Pedro and attended Rock Hill schools. He has scored nearly five dozen top 40 hits from 1962 to 1983. In 2017, Rolling Stone named him in the top 50 of the “100 Greatest Country Artists of All Time” and Pitchfork identifies him as an integral part of the Outlaw Country movement in the 1970s.

2017 and 2018 marked his 60th anniversary in the music business as well as the release of his studio album, “Things Change” and two new music videos.

The Music City Walk of Fame was created in 2006 on Nashville’s Music Mile, a roughly one-mile stretch that connects downtown to Music Row. Permanent sidewalk medallions with the names of inductees are displayed in a star design.

Bare was on hand for the ceremony, the first induction ceremony in more than two years due to the COVID-19 pandemic.

Also inducted alongside Bare was another veteran artist from the region, Connie Smith, who grew up in Hinton, West Virginia.

Smith’s debut single, “Once a Day,” topped the country charts for eight weeks in 1964. Dubbed the “Sweetheart of the Grand Ole Opry” by Roy Acuff, Smith has been nominated for 11 Grammy Awards, one Academy of Country Music award and three Country Music Association awards. She is a member of the Country Music Hall of Fame and is still active in the industry, releasing her latest album last year.

Rounding out the inductees were Dierks Bentley, a Grand Ole Opry member with 20 No. 1 hits who has earned multiple awards from the ACMs, CMAs and more while also collecting 14 Grammy nominations, and Keb’ Mo’, who has won five Grammy Awards including the 2019 release, “Oklahoma,” for Best Americana Album

Inductees are recognized for their significant contributions to preserving the musical heritage of Nashville and for contributing to the world through song.