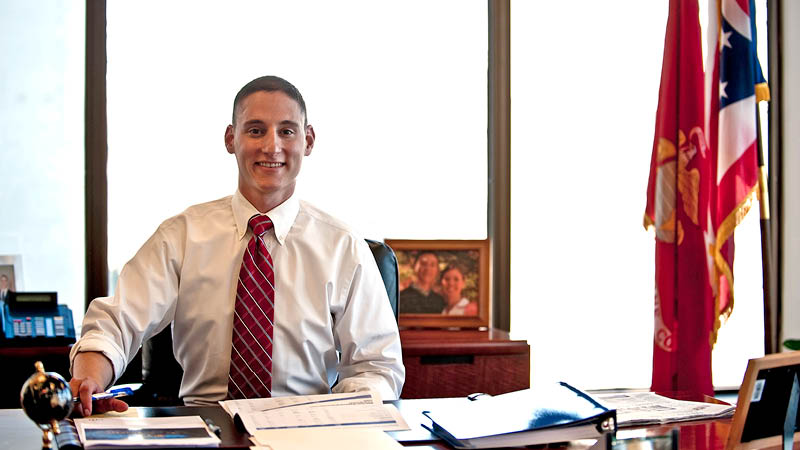 Cruz’s decision could be particularly valuable among conservative voters in the absence of an endorsement in the race by Donald Trump, who has yet to weigh in despite candidates working hard to woo him — and he may not.

Cruz, who sought the GOP presidential nomination in 2016 that Trump won and may run again in 2024, is one of the highest-profile Republicans in the Senate. He and Mandel share an affinity for trying to exploit cultural divisions for political gain.

In a statement to The Associated Press, Cruz said he chose Mandel because he will stand up to “radical democrats” who want to exploit crises facing the nation “to deliver socialism to America.”

“A United States Marine, Josh is a proven fighter for our American way of life, a champion for the unborn, and a stalwart advocate for our religious liberties,” Cruz said.

In an interview, Mandel said that if he is elected, he looks forward to “being reinforcements for conservative fighters like Ted Cruz.”

“As we’ve seen in his 10 years in the Senate, he takes on squishy establishment Republicans just as fast as he takes on leftist Democrats,” Mandel said. “Because for Ted, and for me, this is not about (a) Republican vs. Democrat, shirts vs. skins type game. This is about standing up for the Constitution, for traditional American values, and saving the country for our kids and grandkids.”

Cruz has made a series of endorsements in this year’s primaries as he looks to the future. For the Senate, he is backing businessman David McCormick in Pennsylvania and Missouri Attorney General Eric Schmitt.

The conservative group Club for Growth helped elect Cruz in 2012 in a competitive race and it’s working this year to put Mandel in office. President David McIntosh said the group’s polling shows Gibbons and Mandel neck and neck.

“One of the things we’ve seen is, probably second to Trump, an endorsement from Ted Cruz signals the person he’s endorsing is a true believer and a fighter for the things they believe in,” he said.

Mandel has also been endorsed by North Carolina Rep. Madison Cawthorn, who has received criticism from a larger swath of Republicans for recent comments, including one in which he called Ukrainian President Volodymyr Zelenskyy a “thug.” Utah Sen. Mike Lee, a conservative ally of Cruz, is also supporting Mandel.

Vance has the backing of Missouri Sen. Josh Hawley and Reps. Jim Banks of Indiana and Marjorie Taylor Greene of Georgia, and Donald Trump Jr. made an appearance at a Vance fundraiser in Florida over the weekend. Gibbons has the support of Kentucky Sen. Rand Paul.