The hunt is on… 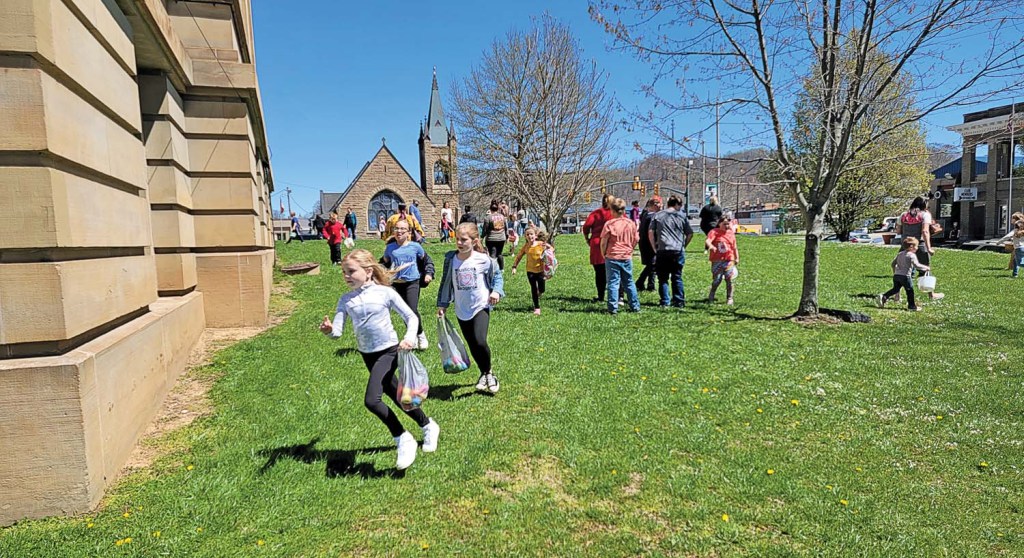 When it comes to speed and going around a course, the horses in the Kentucky Derby have nothing on little kids determined to find the golden Easter egg.

At the Elks Easter egg hunt on Sunday there were lots of brightly colored plastic eggs hidden on the Fourth Street and Park Avenue sides of the Lawrence County Courthouse lawn.

At 1:45 p.m., the hunt began. Three minutes later, there wasn’t a single egg left with every single one secured in a child’s basket or bag.

The afternoon Easter egg hunt was one of three that was put on by the Elks Lodge 177.

Joe Young, the lodge’s Exalted Ruler, said that it was their way of giving back to the community.

“It’s part of our citywide community outreach,” he said. “This is our second annual one, it was done in conjunction with the school board and the county commissioners.”

“They’ve been helping us hide eggs,” he said. “I’d like to give them thanks because they are volunteering their time. There is nothing in this for them but being out here with other kids who probably look up to them.”

The return of the Easter egg hunt to the courthouse lawn was nostalgic for Young.

“When we were walking over here, I was telling them about walking on the rails as a kid, trying to keep my balance,” he said.

He added that they had a good turnout, in part because Sunday’s weather was warm and sunny, a break in the recent cold and rain that has dominated April.

Strange, but true: Stealing the body of an American…