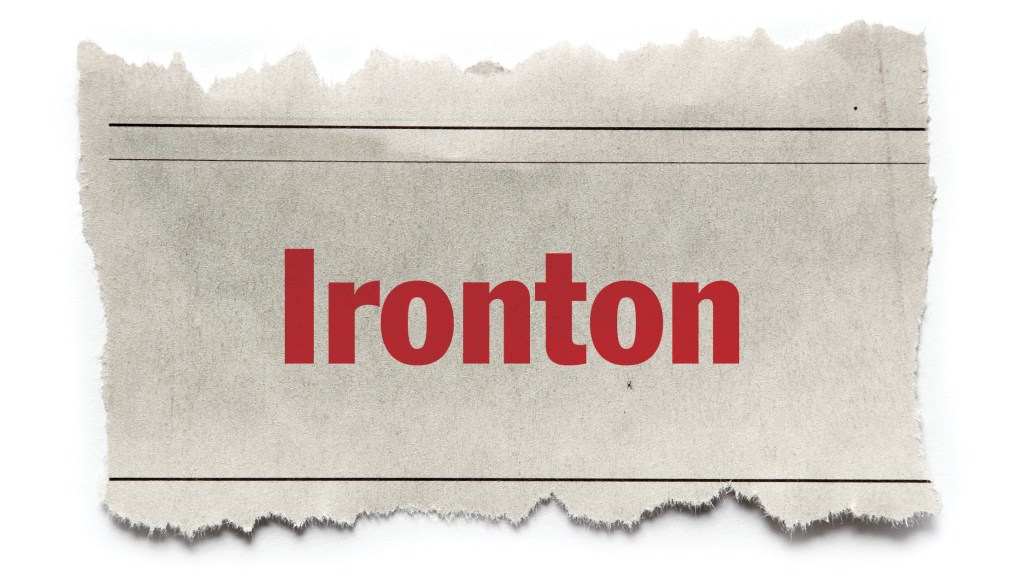 Although there were only two items on the Ironton City Council agenda, there were long discussions on food truck fees and the future financial situation of the city.

Amanda Cleary brought up the issue of the high fees for food trucks to set up in the City of Ironton that were passed by council in January.

Food trucks have to pay a $50 application fee and a $250 fire inspection fee.

Cleary, an event planner, said she is all for fire safety but she didn’t like the burden placed on food trucks a few months before summer events. She said, in her opinion, it was less about fire safety and more about city tax revenue.

“I do not understand singling out small business food trucks by imposing a $300 fee for their inspection when there is no fee for a fire inspection for a brick and mortar restaurant,” she said.

She said the food trucks provide unique and fresh options, bring in visitors from other communities, support the Ironton community and have the potential to become brick and mortar businesses.

She said the fees are having a direct effect on those who try to put on community events like Granny’s 420 Block Party, St. Joseph’s Charity Fair, Third and Center’s Summer Solstice, the Ohio River Revival and Wizardfest, all of which rely on food vendors to be successful.

“These out-of-town trucks cannot afford the inspection fee and the event fee, plus all the upgrades required by code,” Cleary said, adding that as the planner for the Third and Center Solstice event, she can’t invite thousands of guests if they don’t have a way to feed them.

She suggested it would be better if the city were to institute a business license for the trucks to operate in the city and that it should be tiered so small business operators could afford it.

Vice Mayor Chris Haney said that the council looked at the fees charged by other cities and didn’t think it was fair to charge that much money, so they came up with “a decent number” considering what taxes the brick and mortar stores in the town pay. He said that brick and mortar restaurants complained to council members about the food trucks that came into town and didn’t pay anything and took business away from them.

“We tried to set up a good faith effort to make each side happy,” he said. “We do want food trucks here, but we have to have some type of structure for them to come in and everyone is good with it.”

Cleary said that by setting up a business license the food truck would pay taxes based on their sales and that the food trucks aren’t taking away from brick and mortar restaurants in Ironton because they offer different things, often homemade or vegan options, that aren’t available in town.

Councilman Nate Kline said that restaurants pay a state inspector $50 for their inspections as well as a municipal fee that includes fire and police protection and it is around $200-$250 a year.

He said he thinks the food truck fees were viable and stood behind it but at the same time, he could get behind her ideas since the food trucks don’t require year-round protection from the city.

“I agree and think there should be something temporary,” Kline said and added he was willing to discuss the issue further with her.

Haney suggested setting up a strategic planning commission meeting to talk about the issue and the possibility of setting up something like a three-day permit and Councilman Chris Perry suggested that it should be a joint meeting with the commercial-industrial committee. Councilman Jacob Hock said he would set up the meeting.

Jim Tordiff, a former member of city council, spoke about the future of the city’s finances and how, based on the numbers from the Finance Department, unless revenue was increased to cover expenses, in five years the city would be spending $6.08 million more than was being brought in and things would be “out of whack in the general fund.”

He said that when he was on council two years ago, they all agreed that things were going to be bad for the general fund and that several things were put on the ballot and the voters didn’t pass them.

He said he understood that per the city charter, the city can’t go into debt.

He said it looks like the only thing that has changed is that the city has gotten federal COVID-19 money that helped the general fund, but that was a windfall that only comes in once.

Haney said that city has been in the black for the past two years.

Tordiff said if the revenue is enough to take care of the general fund needs then the problem is solved, but he doubted that because prices keep going up.

Finance director John Elam said that he would have more details on an updated forecast in the next couple weeks.

Kline said the forecast was conservative and that the general fund was in better shape than it had been five years ago when the city was “robbing Peter to pay Paul.” He said that income tax revenues have increased by $700,000 without raising taxes or additional fees.

He also said there may have to be cost of living adjustments done to the municipal fee in the future.

Kline said that health insurance costs this year were lower than anticipated and that helped offset costs as well.

“I think overall, over the past five years, and not just with the COVID money, we are seeing more overall revenue increases than we forecasted,” he said, adding he expected the forecast to change for the better.

In items on the agenda, the council tabled an ordinance about dedicating a portion of Washington Street and approved a contract for the police to patrol the Ironton Metropolitan Housing locations.

The Ironton City Council meets at 6 p.m. on the second and fourth Thursdays of the month.