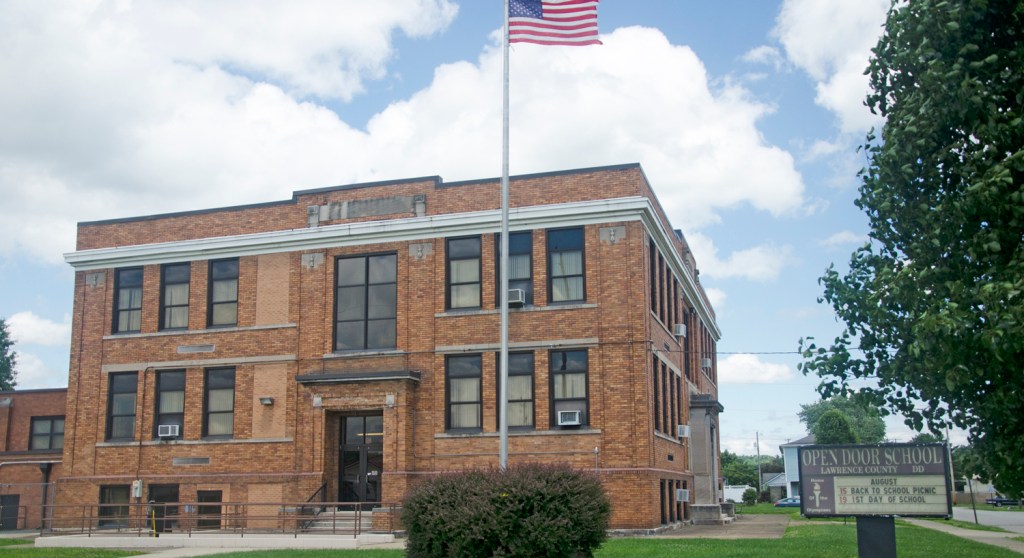 The Lawrence County Commission announced on Tuesday that the new Lawrence County Jail will not be constructed on the former Lombard Elementary/Open Door School site. An alternative site has instead been selected. (The Ironton Tribune | Heath Harrison)

The Lawrence County Commission announced on Tuesday a change in the site for construction of the new county jail.

“We are officially removing the Lombard property as the jail site,” commission president DeAnna Holliday said of the former school site on Lorain Street.

The news of the announcement was greeted with applause from those present.

The last few commission meetings had been attended by neighbors in that section of Ironton, represented by Mary Williams, who had voiced their opposition to the jail being constructed on the site of the former Lombard Elementary/Open Door School.

“Ongoing negotiations for an alternative jail site have progressed to the point that the Lombard property can be comfortably removed as a potential site for the construction of a new county jail,” Holliday read from a prepared statement.

She said there are still final details being worked through with the current property owner and City of Ironton to solidify the viability of the new site, which she said was the “old cement plant” off Adams Street and County Road 24.

The county says that, contingent upon passage of a half percent sales tax issue on the upcoming May 3 primary ballot, the it will carry forward with the acquisition of property, which is located just outside city limits.

Last year, the county received $16.8 million from the state for the purpose of building the jail. Commissioners say the sales tax will cover the remainder of the cost of construction and operation, a $32 million project.

“It does not border any neighborhoods,” Holliday said of the new site. “We are very excited about it. It is going to make a great location for the new jail site and future developments.”

Holliday thanked the residents of the Lombard neighborhood for “your professionalism and the way you have addressed the commission.”

“You have stood strong,” she said, stating that the commissioners “worked diligently” to find an alternative.