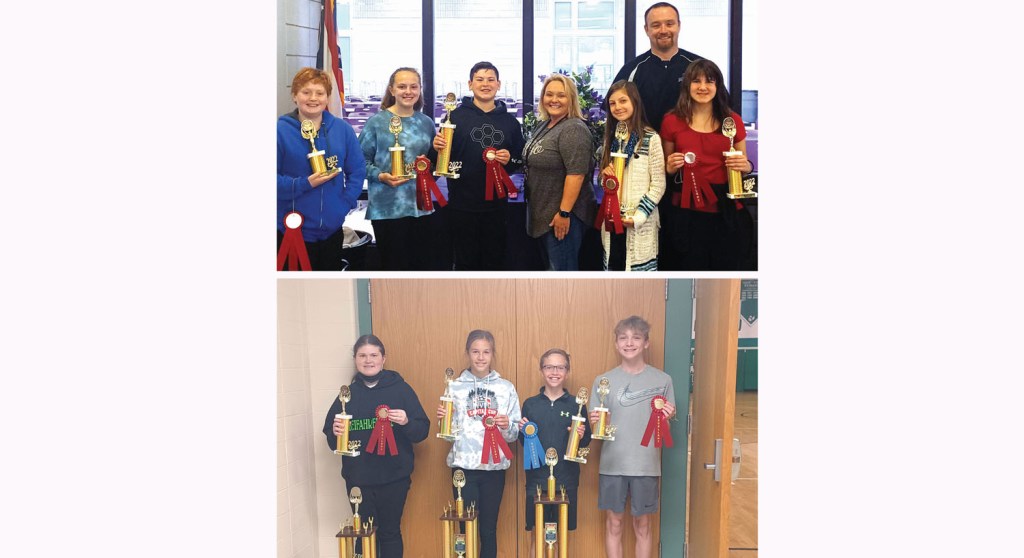 Fairland Middle School student Mitchell Dunlap earned a Superior rating with his project, “Which Water Bottle is the Coolest?” and received first place in Best Overall Lawrence County Project. He has already submitted his virtual project to be judged at the state level.

Second place in Best Overall Lawrence County Project was awarded to Molly Dunlap, of Fairland, with her project, “Which Color Absorbs the Most and Least Heat?”

The third place Best Overall Lawrence County Project was also from Fairland Middle School. Aubrey Hager was the recipient of that award with the project, “Is a Cat or Dog’s mouth cleaner?”

Also from Fairland Middle School was Connor Goff with his project, “How does electricity change pH?” He was awarded fourth place out of all projects in the seventh and eighth grade level.

Chesapeake sixth graders also achieved excellence in more than five different categories. Noelle Sheret was awarded first place out of all sixth grade level projects with a project, “What is Temp’s Effect on Heart Rate?”

Also from Chesapeake Middle School was Luke Davis as fifth place Overall in the sixth grade division with his project, “Fruit Fly Terminator.”

The fair, organized by the Lawrence County Educational Service Center and the University of Rio Grande, is open to fifth through sixth grades who earned a Superior rating at their individual school fairs.

The Lawrence County Educational Services Center said they are proud of all the hard work that each student, teacher and parent put into making this virtual event a success and thank them for participating. They said they are hoping for an in-person return for the science fair next year.