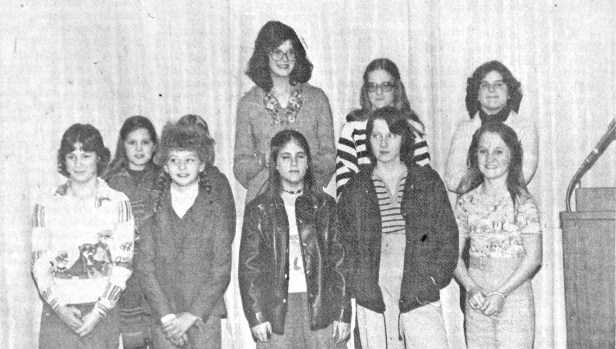 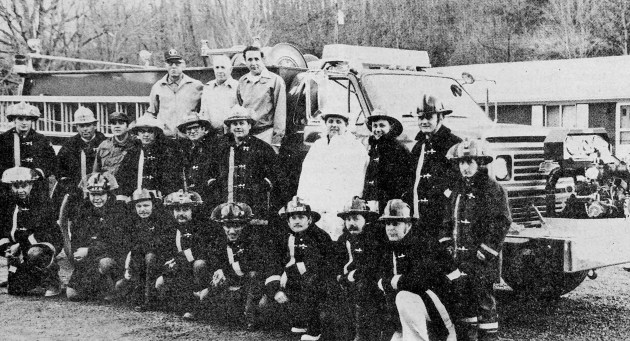 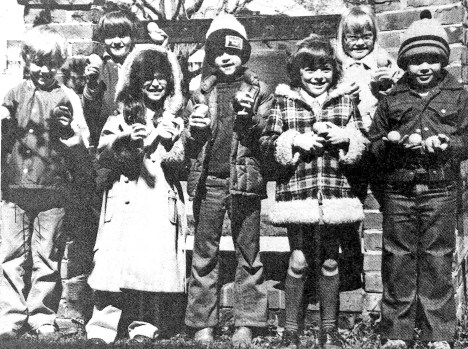 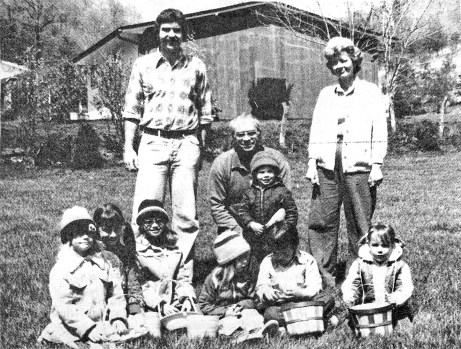 Many organizations sponsored Easter egg hunts in 1977, but it was something special that Neil and Helen DuFore hid 210 eggs and sponsored their own hunts for a great many neighborhood and area children. Shown above are some of the hunters and the DuFore family. The children are Becky Bodmer, Michelle Legg, Lyn Bodmer, Sara Hannah, Vicki Taylor, Lovi Taylor, Randy Bodmer. The adults from left are Dr. Neil DuFore Jr., Neil DuFore Sr. and Helen DuFore. (The Ironton Tribune | File Photo | Bob Chaffins) 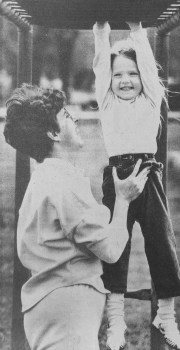 Negotiating the monkey bars at South Point Municipal Park may be a tall challenge for Nancy Eldridge, 3 ½, but mother Sarah Eldridge stands close by with a helping hand in this 1988 photo. (The Ironton Tribune | File Photo | Ray Saviciunas) 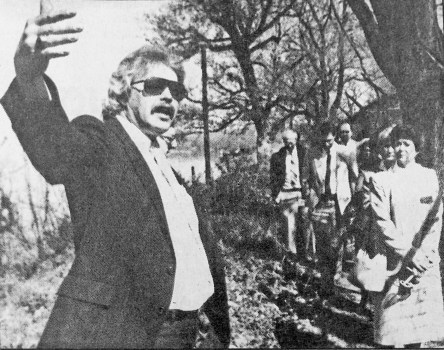 Ironton attorney and businessman James Waldo leads a group of Ironton Business Association members on a tour in 1988 near the Park Avenue landing of a site he planned to develop into a recreation area for boaters. (The Ironton Tribune | File Photo)