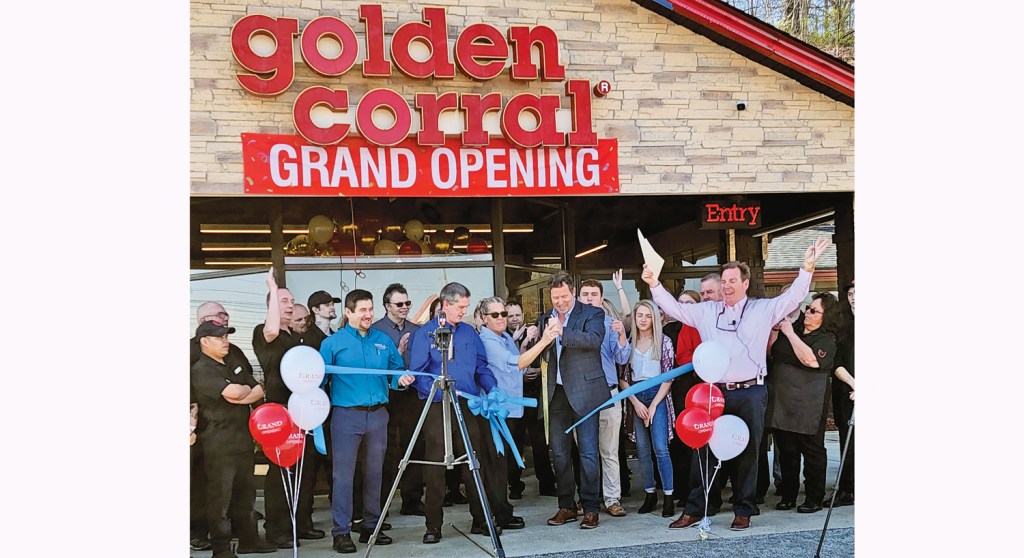 The renovated Golden Corral in Russell, Kentucky hosted its grand opening on Friday. The restaurant was busy with lines out the door all weekend. (The Ironton Tribune | Mark Shaffer)

Long lines for the reopened, renovated buffet all weekend

RUSSELL, Ky. — Apparently, people really missed the Golden Corral restaurant as it was the hottest spot in the Tri-State this past weekend.

The newly re-opened Golden Corral had a grand reopening on Friday morning for local officials at 10 a.m. with it opening to the public at 11 a.m. Lines began forming at 10:30 a.m. and from that time on, it was a long wait to get into the newly-renovated restaurant with the parking lot filled to capacity all weekend.

The eatery closed two years ago as the COVID-19 pandemic hit the area hard. Lock downs, social distancing and people’s fear about being around other people caused Golden Corral to shutter up.

In that time, the store was sold to Jace Stickdorn and Annette Payne.

Stickdorn, who became a franchise owner two years ago, said he and Payne own the Golden Corral in Chillicothe and they look at this area as home, which weighed in on reinvesting the money to refurbish the Russell, Kentucky store. And there is a bit of a homecoming for Stickdorn since he worked at the location during his 20-year career with Golden Corral.

“People here are so kind and have been so good to the buffet industry, so it was important for us to get back here,” he said.

The restaurant looks lighter than it did before, with light gray and white being the dominant colors in the dining areas. Stickdorn said there are 30 things unique to the Russell location, including two gas fireplaces and GC circle logos on the outside of the building.

“From the fireplaces to the signage to the ceilings in here to a lot of colors on the inside, there are a lot of firsts at this location, a lot of Golden Corral firsts,” Stickdorn said.