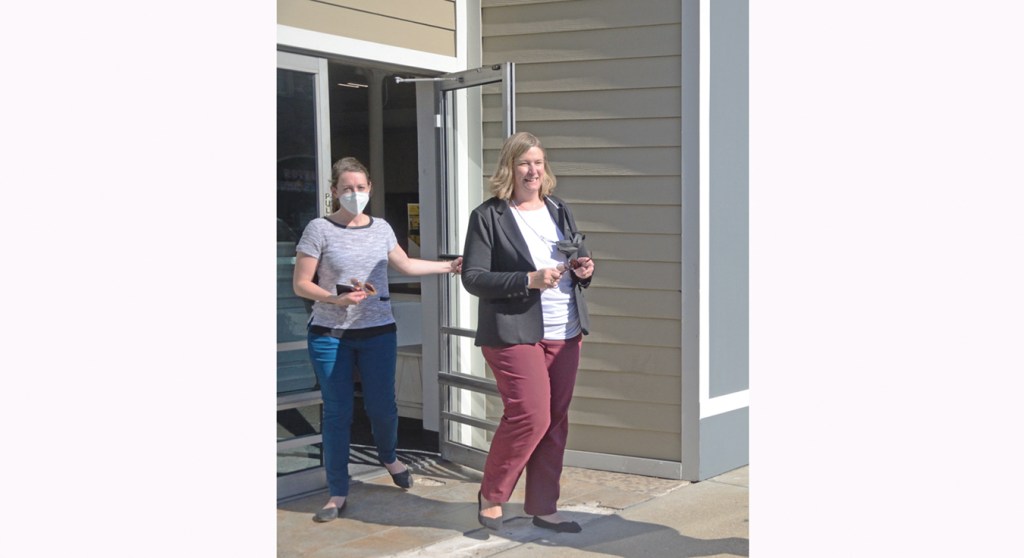 TOLEDO (AP) — Democrats selecting their nominee for governor in Ohio have a choice between a two-woman ticket and a man-led ticket endorsed by feminist icon Gloria Steinem.

Nan Whaley, a former Dayton mayor, is seeking to be the state’s first elected female governor. 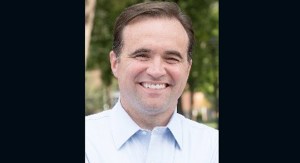 She’s up against ex-Cincinnati Mayor John Cranley, whose running mate won Steinem’s respect when talking publicly about having an abortion after she was raped in the military.

Whaley and Cranley are pushing to shore up support among female voters not only for their May 3 primary but also for the November general election, which promises to be a struggle for either Democrat. Ohio, which has swung further to the right under former President Donald Trump’s influence, last elected a Democrat to be governor 15 years ago.

For Democrats, winning the female vote by a wide margin has become imperative to offset their losses with male voters. In recent elections, Republican candidates — whether it be Ohio Gov. Mike DeWine or Trump — have performed well with female voters, allowing them to win the state.

Whaley thinks the party’s choice of candidates is a big reason why Democrats have struggled, even though Ohio has long been close to evenly divided politically. Until 2020, it had served as a presidential bellwether state for more than half a century.

“For the past three decades, we’ve run a moderate, white man for governor of Ohio,” Whaley said at a debate last week. “We have never tried something different.”

The party, she said, has fared better with female voters in states that have nominated women for leadership roles. Three of the top four elected officials in neighboring Michigan are Democratic women, including Gov. Gretchen Whitmer — one of a record-high nine female governors.

“We can try to do the same thing over and over again and expect different results as Democrats … or we can try something new and run a woman for governor,” Whaley said.

Cranley has described Ohio as “backsliding” on women’s issues. He wants to create a permanent commission focused on promoting gender equity and thinks it’s time to formally recognize the Equal Rights Amendment.

“Even common-sense Ohio bills that would help women and girls are stuck in the state Legislature,” he said.

The Ohio Democratic Party has realigned its leadership ahead of this year’s elections with the intention of being more gender and race inclusive, as it looks to pick up votes among college-educated women who are driving Democratic gains in the suburbs.

The party had been expected to endorse Whaley, the choice of Ohio’s highest-ranking Democrat, U.S. Sen. Sherrod Brown, until a group of Cranley supporters objected.

Democrats in the end decided to stay neutral as Cranley’s backers grumbled that he would make a stronger candidate against DeWine, who is in a strong position to win a four-way GOP primary.

For many women in the party, the decision stung. Whaley and two other female candidates dropped their bids for governor four years ago to clear the way for Democrat Richard Cordray, who served as director of the Consumer Financial Protection Bureau in the Obama administration. Cordray lost the general election to DeWine.

Whaley and Cranley, who developed a friendship while leading their cities, have remained mostly cordial, focusing their attention on DeWine and the Republicans who have controlled the state for more than a decade.

As the contest has intensified, Whaley has sought to draw a distinction between the two on abortion rights. She often points out that she has been pro-abortion rights her entire career, while Cranley only announced he supported abortion rights before he entered the race.

Cranley, a Roman Catholic, said he was against abortion until he and his wife had to make their own fertility decisions when they were starting a family. “It became obvious to me what my wife already was telling me, that government had no role in reproductive decisions,” he said.

In his first term, DeWine has signed several measures limiting abortions, including one banning abortions after a fetal heartbeat is detected — at the time one of the most stringent restrictions in the nation. In campaign ads, DeWine has described himself as “the most pro-life governor in Ohio history.”

Whaley and Cranley have both said they would veto any new abortion restrictions that come their way.

Among Ohio voters in the 2020 presidential election, a small majority, 54%, said abortion should be legal in most or all cases, according to AP Votecast, a survey of the electorate. About 8 in 10 Democratic voters said so.

Steinem, a Toledo native, announced her backing the day Cranley selected state Sen. Teresa Fedor as his running mate. Steinem and Fedor, also of Toledo, formed a bond after Fedor spoke in 2015 on the Ohio House floor about having an abortion.

In her endorsement, Steinem said Fedor has work to do “to help Ohioans who are trafficked, who deserve adequately funded public schools and who are denied the democracy that begins with the right to make decisions about our own bodies.”

Whaley’s running mate, Cuyahoga County Councilmember Cheryl Stephens, is relatively unknown in statewide politics. As a Black woman, Stephens adds racial diversity to the ticket, which could be important to the Democratic base.

Ohio has proved to be an especially tough place for female candidates, though. Only four from either party have won statewide nonjudicial races in the past 40 years.

No woman has ever been elected governor of Ohio or gotten a major party’s nomination for the office. The state did, however, have a female governor once, albeit for 11 days. Republican Nancy Hollister stepped into the office in 1998 after then-Gov. George Voinovich was elected to the Senate.

Overall, Ohio lags behind most states when it comes to electing women to the state legislature and local offices, said Barbara Palmer, executive director of the Center for Women and Politics of Ohio at Baldwin-Wallace University.

That means neither party has many women to choose from when it comes to lining up candidates for the state’s top offices, she said.

“What it kind of comes down to is we don’t really recruit a good farm team,” Palmer said. “When you look all the way up the ladder, there just aren’t that many women.”