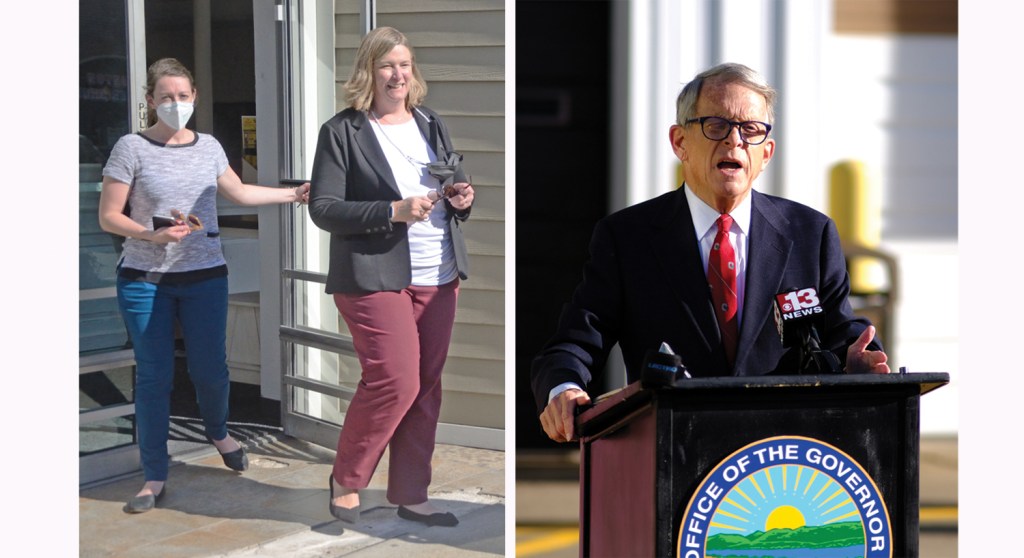 TOLEDO (AP) — Republican Gov. Mike DeWine on Tuesday won his party’s nomination for a second term in office and will face Democrat Nan Whaley this fall after he overcame conservative anger of his strict pandemic policies and notable rifts with former President Donald Trump.

Whaley, a former Dayton mayor, became the first woman in state history to receive a major party’s backing for the governor’s office by defeating ex-Cincinnati Mayor John Cranley in a primary race that drew little attention.

DeWine fought off three far-right challengers in the GOP primary and will be a favorite again in November against Whaley, who has far less name recognition in a state that hasn’t elected a Democratic governor since 2006.

Whaley thinks having a woman at the top of the ticket will be an advantage for Democrats this time, pointing out that the party has fared better with female voters in states that have nominated women for leadership roles.

She promised during the campaign to protect abortion rights, promote social justice and fight political corruption. She also wants the state to add a $15 minimum wage, universal preschool and better access to child care.

Ohio has elected just one Democrat to be governor in the past three decades. Since then, the state has shifted to the right, especially in recent years under Trump’s hold.

The former president did not choose sides in the Republican contest for governor.

Former U.S. Rep. Jim Renacci, who had hoped to win his endorsement, painted DeWine as a moderate who’s out of step with Trump and governed “like a blue-state liberal.”

DeWine, who easily won the state’s top office four years ago, was careful to say he’s still a supporter of Trump’s but without fully embracing him. He also dismissed Trump’s false claims of a stolen 2020 election.

The governor faced a revolt in some corners of Ohio after enraging the GOP faithful with aggressive stay-at-home mandates, business shutdowns and curfews during the pandemic.

Conservatives upset with DeWine complained that his policies and actions during the pandemic ran counter to what they were hearing from Trump and GOP governors such as Florida’s Ron DeSantis and South Dakota’s Kristi Noem.

DeWine also lost the backing of some anti-abortion and conservative groups during the primary despite his longtime record of opposing abortion and calling himself “the most pro-life governor in Ohio history.”

In his first term, DeWine signed a bill banning abortions after a fetal heartbeat is detected — at the time one of the most stringent restrictions in the nation. In the past year, he signed a stand your ground law and scored a major win when Intel announced it was investing $20 billion in two semiconductor factories near Columbus.