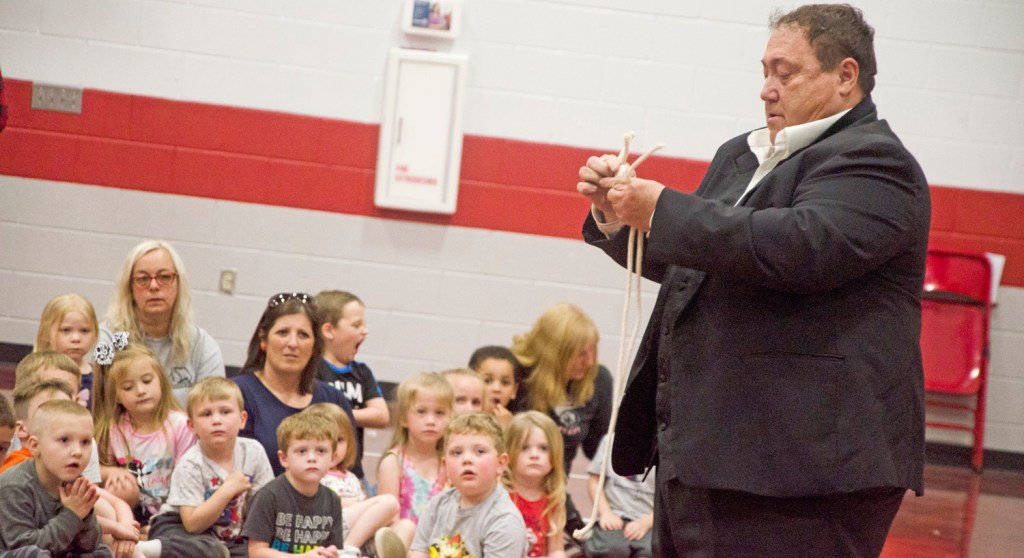 Magician Billy Hall, with the El Hasa Shriners in Ashland, performs for students and staff at Rock Hill Elementary School on Monday, after the students raised funds for Shriners hospitals as part of a penny drive. (The Ironton Tribune | Heath Harrison)

For the past 19 years, students at Rock Hill Preschool have been collecting to help those in need.

The schools recently completed a penny drive for the Shriners Hospitals, working with Hillbilly Clan 1 Outhouse 8, of Ironton. 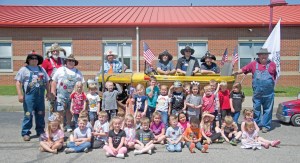 Rock Hill Preschool students pose by the trucks with members of the El Hasa Shriners Hillbilly Clan 1 Outhouse 8, of Ironton, on Monday after the students raised funds for Shriners hospitals as part of a penny drive. (The Ironton Tribune | Heath Harrison) 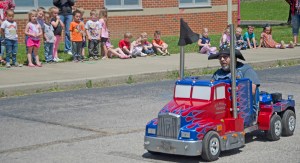 Members of the El Hasa Shriners Hillbilly Clan 1 Outhouse 8, of Ironton, show off their miniature trucks to students at Rock Hill Preschool on Monday after the students raised funds for Shriners hospitals as part of a penny drive. (The Ironton Tribune | Heath Harrison)

And, this week, the school is being treated to two visits from the hillbillies, who were there for their first stop on Monday, showing their signature trucks off to children from the preschool.

Following that, the Hillbillies moved to the elementary school’s gymnasium, where children from both schools were treated to a magic show from Billy Hall, of the El Hasa Shriners in Ashland, Kentucky. Hall regularly visits schools and does his act as a reward for the children following the drives.

Funds this year were raised in honor of Jimmy Gore, a member of the Hillbillies and husband of one of the school’s staff, who died last year, Cole said.

She said the top two fundraisers for the school, Casen Myers and Levi Kitchen, would be rewarded on the group’s second visit, set for today, when they would be made honorary Hillbillies.

The El Hasa Shriners engage in fundraising efforts throughout the year, such as their annual onion sale and Hillbilly Day, in which they amass contributions for the Shriners Hospitals in Cincinnati and Lexington, Kentucky and to pay for transportation for children and families to those facilities.

Cole said the school’s drive is good for the students, not just for charitable reasons, but gives them experience and education.

“It shows what you can really do and it is part of our public service here,” she said.