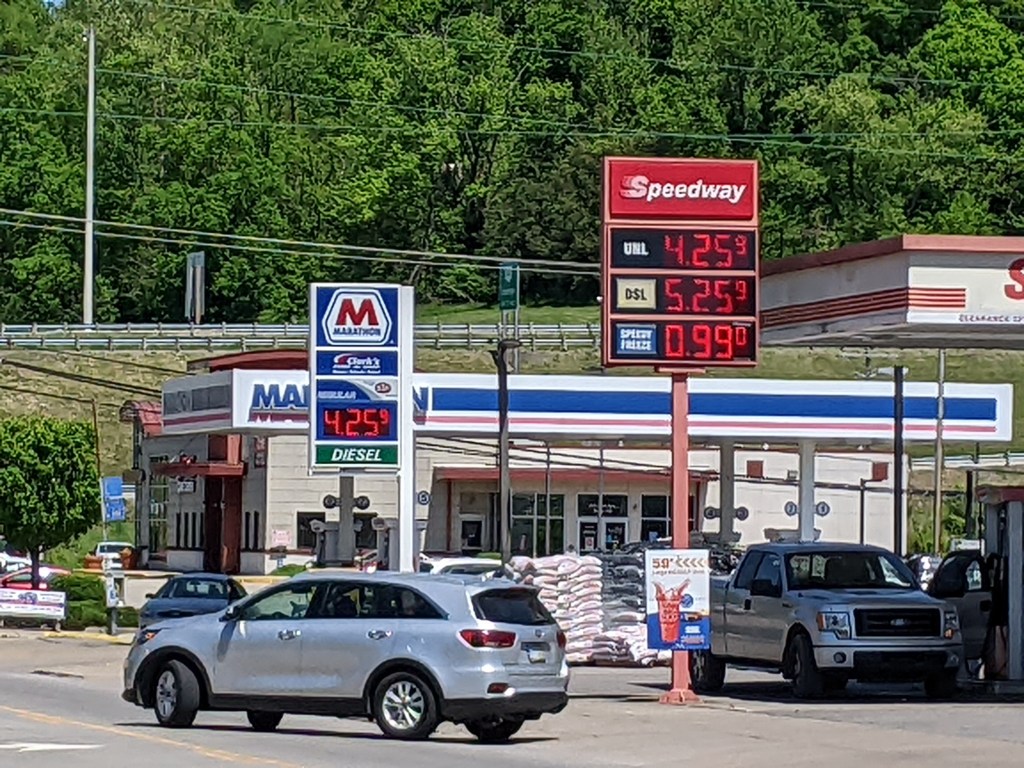 Monday afternoon in Ironton, gas prices were up to $4.25 per gallon.(The Ironton Tribune | Sarah Simmons)

Rise is primarily due to cost of crude oil

The average price of gasoline across South Central Ohio is 16 cents higher this week at $4.098 per gallon, according to AAA East Central’s Gas Price Report.

Monday afternoon in Ironton, gas prices were up to $4.25 per gallon.

Drivers are paying considerably more at the pump as the cost of gasoline moves steadily higher.

In the past two weeks, the national average for a gallon of gasoline has risen 20 cents to $4.32, a penny less than the record high set on March 11 and $1.36 more than a year ago.

The increase is primarily due to the high cost of crude oil, which was hovering near $100 a barrel last week and is now closing in on $110. With the cost of oil accounting for more than half of the pump price, more expensive oil means more expensive gasoline. Gas prices also trend higher this time of year as refineries make the switch to summer-blend gasoline which is more expensive to make.

At the close of Friday’s formal trading session, West Texas Intermediate increased by $1.51 to settle at $109.77. Crude prices rose last week after the European Union announced a proposal to ban Russian oil imports within six months, while refined product imports would be prohibited by the end of 2022.