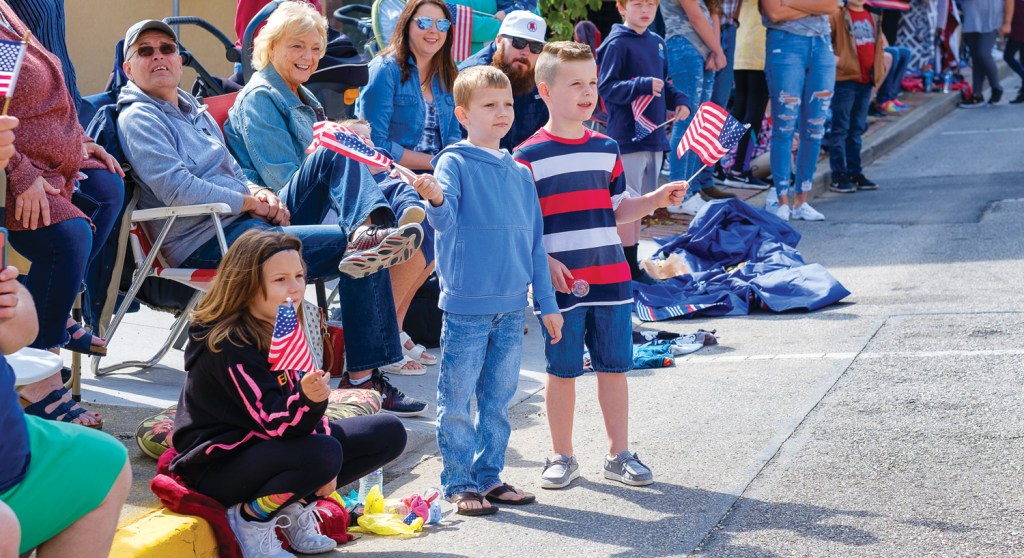 Attendees watch the 2021 Ironton-Lawrence County Memorial Day Parade. This year’s parade is set for Monday, May 30. (Jeremy Holtzapfel | For The Ironton Tribune)

The Ironton-Lawrence County Memorial Day Parade is just under four weeks away and organizers have announced the time for events surrounding this year’s procession.

This year’s parade will take place on Monday, May 30, Lou Pyles, with the parade committee, said.

Step off for this year, the event’s 154th year, will be at 10 a.m. and the route begins at South Sixth and Center streets, proceeding down Center before turning onto South Third, Quincy and South Sixth before returning to Center.

Several events are planned, as usual, for the lead up to the event.

The Navy Night ceremony, which pays tribute to those who served at sea, will take place on the Ironton riverfront, beginning at 7 p.m. on Thursday, May 26.

On Saturday, May 28, Pyles said fireworks will be let off from the Ironton riverfront at 9:30 p.m. The riverfront will be closed, as it will be the launching area, but the show will be visible from downtown in that area.

On Sunday, May 29, the annual ceremony at Woodland Cemetery will take place, beginning at 2 p.m. A longstanding tradition, the event will take place at the cemetery’s Soldiers Plot.

— More information on the parade, including the full line-up, will be in our annual parade guide, which be included with the Saturday, May 28 edition of The Ironton Tribune.