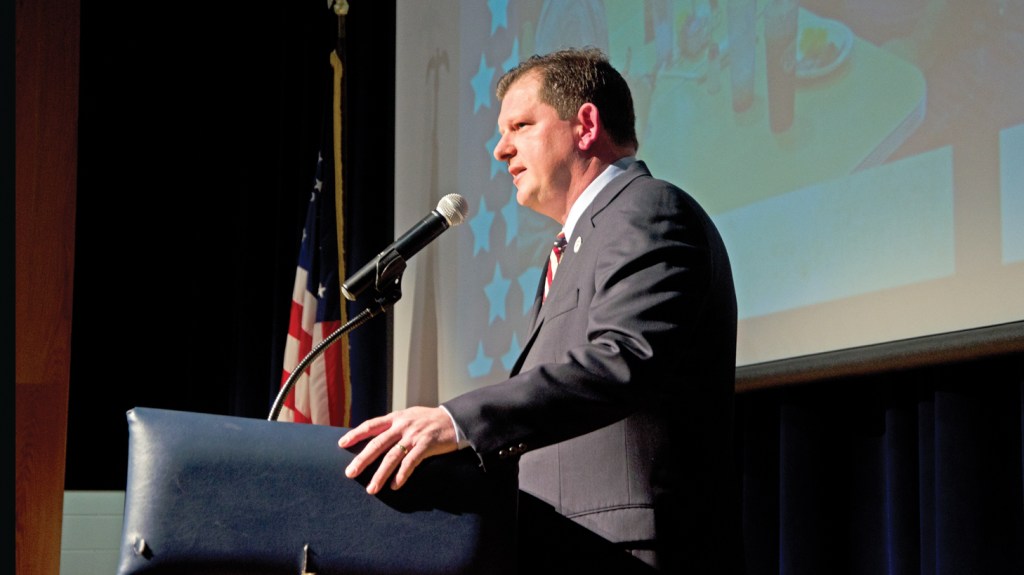 COLUMBUS — State Rep. Jason Stephens, R-93, said he supports a proposed constitutional amendment that passed the House on Wednesday that would, if approved by voters, would prohibit non-citizens from voting.

“This is a common sense proposal that’s important for protecting integrity of our elections,” Stephens said in a statement.

House Joint Resolution 4 would close a loophole that could allow non-citizens to vote on local candidates and tax issues in cities and villages.

Lawmakers are working to place the issue on the November ballot.

The resolution proposes closing a loophole that could allow non-citizens to vote on local candidates and tax issues in cities and villages, which have home rule authority under the Ohio Constitution. The concern of backers of the amendment is that this authority could be misused to open the door for non-citizens to vote.

In 2020, the Ohio village of Yellow Springs adopted an ordinance allowing non-citizens to vote. Ohio Secretary of State Frank LaRose ruled that non-citizens in the community could neither register to vote nor vote.

Stephens’ statement said a future secretary of state, however, may view the issue differently, underscoring the need for the change to the Ohio Constitution.

The proposed constitutional amendment would have to be approved by voters in order to take effect. It would not impact federal elections, as Congress is responsible for setting the requirements for voting in those elections. In 1996,

Congress passed a law making it a crime for a non-citizen to vote in a federal election.