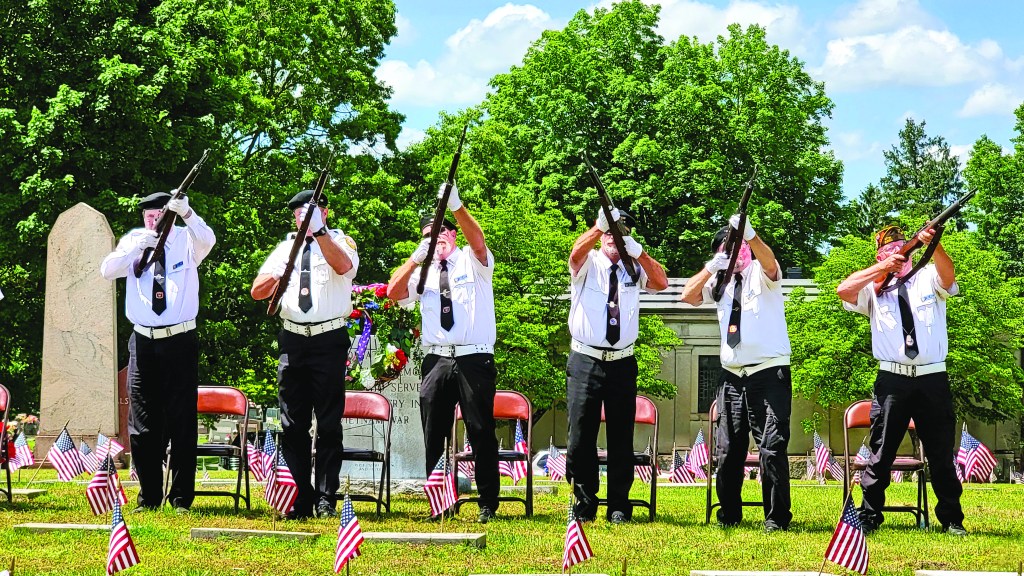 On Sunday, following the long-established tradition, a couple hundred Lawrence Countians, members of the Ironton-Lawrence County Memorial Day Parade, Ironton VFW Post 88850 Honor Guard and Boy Scout Troop 106 gathered at the Woodland Cemetery in Ironton at Soldiers Plot to honor those who fell in combat.

Jenkins now lives in Columbus with his wife, Anna, and his two sons, Kiser and Dax. He is the divisional vice president of Western and Southern Financial group.

He joked that he bucked the family tradition by becoming a soldier instead of a sailor.

“My father told me that sailors always get three meals a day and a warm place to sleep,” Jenkins said. It was a statement that he remembered frequently when he was serving in Iraq.

He spoke of how when he was young, he didn’t truly appreciate the annual Ironton–Lawrence County Memorial Day Parade. For him, it was an opportunity to run a 5K race and watch the parade, but he didn’t feel the depth of it as he does now.

He mentioned that he lost two of his friends in Iraq and choked up a bit as he spoke of their sacrifice.

The Honor Guard of Ironton VFW Post 8850 served as the color guard and gave the traditional gunnery salute and played “Taps” at the end of the service.

Brother Chad Pemberton gave the invocation at the start of the ceremony and the closing benediction.