‘The Office’ star set for Ro-Na on Saturday 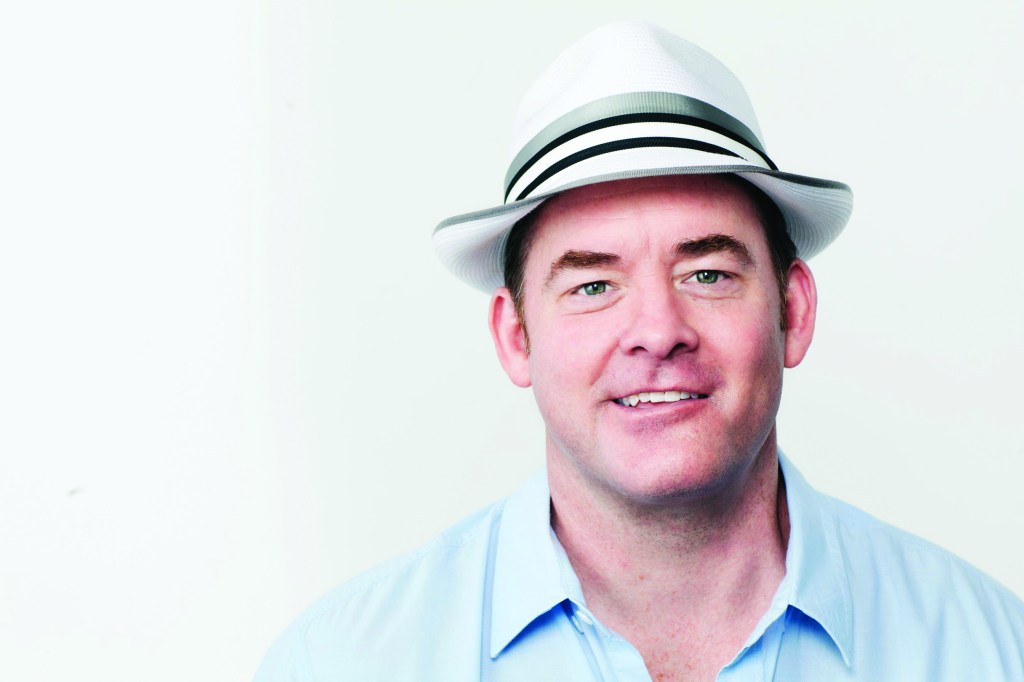 Comedian David Koechner, whose credits include Saturday Night Live and The Office, will be appearing at the Ro-Na Theater on Saturday night. (Submitted photo | Mandee Johnson)

“They’re definitely up there with Star Wars and Star Trek,” comedian David Koechner said of the level of devotion fans of The Office still maintain for the show nearly a decade after its conclusion.

Koechner, who had a recurring role on the show as Todd Packer, is set to make two appearances in the region for fans, appearing at this weekend’s Huntington Comic and Toy Convention, as well as hosting a trivia event for the sitcom at the Ro-Na Theater in Ironton at 7:30 p.m. on Saturday.

Beginning in improv, Koechner has amassed a large resume of more than 600 projects in film and television, spanning comedy, drama and animation.

In addition to The Office, he’s best known for his supporting role as sportscaster Champ Kind in Judd Apatow’s two “Anchorman” films, which starred his fellow Saturday Night Live cast member Will Ferrell.

Koechner appeared on Saturday Night Live from 1995-1996 and his year on the show contained characters which have had enduring popularity, such as one of the drunken businessmen who would regale others of their seemingly superhuman co-worker Bill Brasky’s feats, and as Fagan, one of two preening British men in powdered wigs and period clothing (along with Mark McKinney) who would appear on Weekend Update as obsessive fans of anchor Norm MacDonald.

The show also featured one of his characters which has been a staple of his live shows, as well as a Comedy Central series, Gerald “T-Bones” Tibbons, an off-color southern oddball who Koechner said was based on a man encountered growing up in Missouri named “Four-way George.”

“He would hang out on the chopped off telephone post at the intersection,” Koechner said of the drifter who worked as a roofer. “He had bushy hair and was a bit sullen. He would play pull and tell adventure stories. He never did anything wrong, but they always wanted to run him out of town.”

Many of Koechner’s characters have garnered a cult following, but he said his part on The Office is easily the one that brings out the most fans, but adds that he meets fans from all of his work, from his comedy work to cult films like “Cheap Thrills” and “Krampus.”

Koechner’s recurring role as Packer, the crude, alcoholic traveling salesman with basically no redeeming values, was a reinterpretation of a part from the British version of the sitcom.

Koechner said he enjoyed playing such a type.

“Because I never act anything like that,” he said. “You can’t act like that and get away with it.”

Koechner said he likens Packer’s persona to a “guy who goes to someone’s house and they draw him a nice warm bath, then he splashes all the water out of the tub onto the floor and, when he get out, he steals the best robe.”

Koechner said he has been doing the touring trivia show since March, in which he appears in character for part of the event, as well as tells backstage stories of the making of the show.

While he said there is no prize for the trivia game, other than “the joy of doing it,” it gives fans to a chance to meet up, “match wits” and share their love of the show.

Koechner said he has been amazed at the level of knowledge fans have of the show.

“It’s really incredible,” he said. “It is unmatched what they know – more than any other project I’ve worked on.”

As for upcoming work, Koechner said he is currently working on a new sitcom, as well as a game show, which are in the early stages and has several films lined up.

Koechner will be appearing both Saturday and Sunday at the Huntington Comic and Toy Convention, which will take place at Mountain Health Arena. Tickets are available for that event at www.huntingtoncomiccon.com.