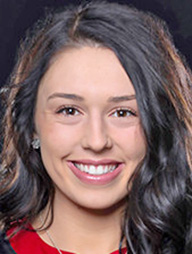 Individual award winners, along with the All-RSC First Team and Second Team honorees, were announced during a recent league banquet held at Indiana University Kokomo’s Student Activities and Events Center following the conclusion of the opening day of action in the RSC Softball Championship. 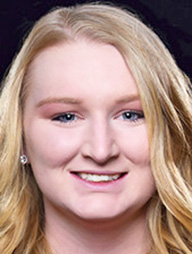 catcher Lexi Carnahan (Felicity, OH), who made the list as an at-large selection.

Camryn Scott, who led St. Mary-of-the-Woods College to the River States Conference West Division championship, earned both Player of the Year and Newcomer of the Year honors.

Scott, a senior infielder from Terre Haute, Ind., helped the Pomeroys to a 26-12 record overall, a 19-7 record in league play and a division crown in the school’s first season as a member of the conference.

Scott batted a conference-best .455 with three home runs and 24 runs batted in. She also stole a league-high 38 bases, while finishing fourth in the RSC in both hits (60) and on-base percentage (.483).

Midway University’s Madison Ludwig was named the RSC Pitcher of the Year after leading the conference in wins (19), saves (4), earned run average (1.54) and innings pitched (177.1).

Scott and Ludwig were both members of the 20-player All-RSC First Team.

In addition to Scott, St. Mary-of-the-Woods was also represented on the First Team by catcher Riley Bennett, outfielder Victoria Lee and pitcher Summer Rocha, who was also an at-large pick.

Along with Ludwig, Midway was represented by catcher Mary Andres, outfielder Carson Flynn and infielder Kennadi Thompson, who was an at-large honoree.

Lewis guided the Trailblazers to 23-19 regular season finish after the program posted just a 9-39 record one season ago.

The RSC also named a Champions of Character Team, with one player from each team being recognized. The team member who best represents the NAIA’s five character values of respect, responsibility, integrity, servant leadership and sportsmanship was nominated by their head coach.

The all-conference teams and award winners were determined through nominations and voting of the 10 RSC head coaches.