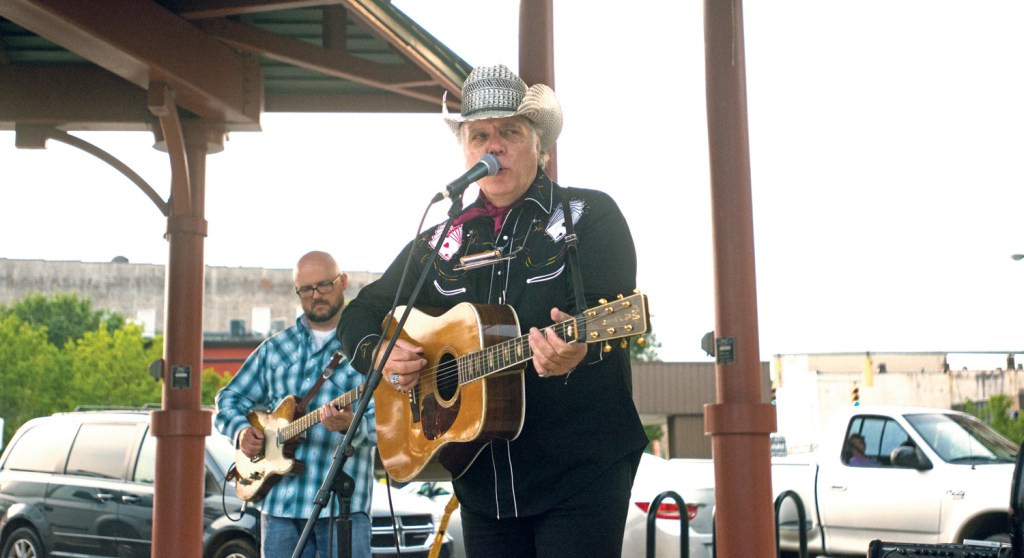 Rob McNurlin is scheduled to play the Tuesday Concert series at the Ironton Farmers Market on June 28. (The Ironton Tribune | Mark Shaffer)

Render the Hearts to perform next week

The Ironton Tuesday Summer Concert Series has kicked off its 10th year at the Farmers Market Square and has announced the next two June concerts with local favorites.

The free two-hour outdoor concerts start at 6:30 p.m. Attendees are asked to bring a chair and the kids as it is a family-friendly event.

Render the Hearts is a Contemporary Christian band from Huntington, West Virginia.

The band takes its name from Isaiah 6. Verse 10 — “Render the hearts of this people insensitive, their ears dull, and their eyes dim, otherwise they might see with their eyes, hear with their ears, understand with their hearts, and return and be healed.” The verses mean that the people should prepared themselves for new growth.

The band formed in 2012 when Crowe and Cochran met while part of Marshall University’s drum line. They were playing in other bands but decided to form a new band after those bands broke up.

The band has played numerous gigs at churches, youth camps and other places to spread the word and have said their goal “is not to become rock stars, but to help make Jesus famous.”

Traditional and Americana country artist McNurlin splits his time between Greenup County where his family lives and Nashville, where he hangs out with country stars like Marty Stuart and John Carter Cash. He has been performing for three decades and remains a popular draw on the concert circuit.

The band schedule for July and August will be announced soon.