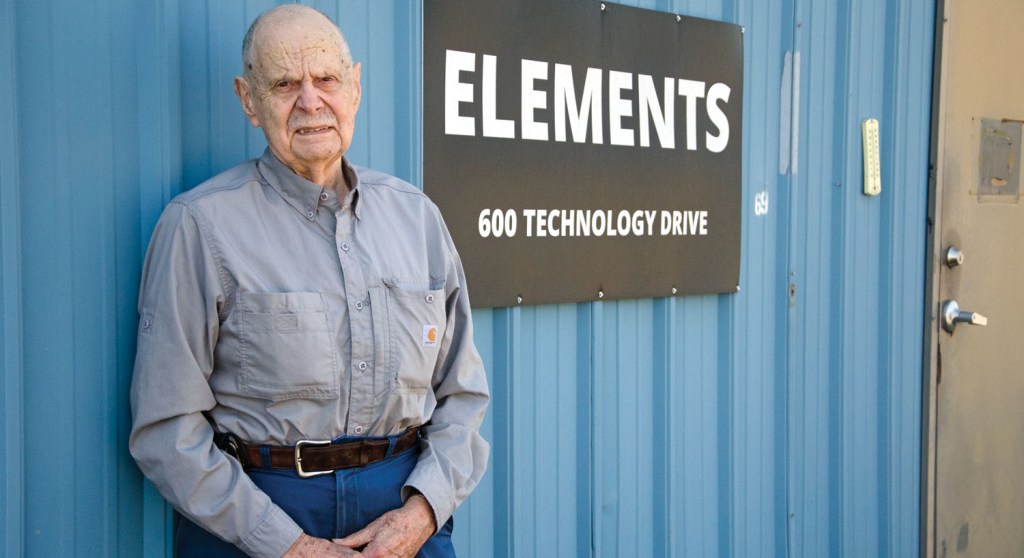 Don Lee, seen outside his business at The Point in 2019. (The Ironton Tribune | File photo)

Of all the community contributors to The Tribune, one who we received the most positive feedback for over the years was Don Lee, who died Tuesday at age 94.

Combining his knowledge of decades in aviation with his interest in space travel, science and a range of topics, Lee penned a popular column for our weekend edition for several years, before retiring last year.

Not only could we count on Lee to always be friendly and professional, sending his column in well in advance of deadlines, but he happily stepped in many times and wrote additional pieces for our paper’s special sections, such as our annual Profile magazine.

Lee was the first to tell you that he was not a writer by trade, but that’s what made his pieces so memorable. Writing in a conversational, informal style, his enthusiasm for his subject matter was contagious. He could take a topic of which most had no experience and make it one people looked forward to reading about each week.

Born in Indiana before moving to Huntington, West Virginia, he worked as a plant engineer and senior scientist for Union Carbide in Charleston, West Virginia followed by time at Ashland Oil’s refinery in Catlettsburg, Kentucky.

A pilot for more than five decades, Lee got his start while serving in the military in the 1950s. He said he owned one plane for 44 years, until switching to a small light sport aircraft.

Very active into his tenth decade of life, Lee kept busy with a company at The Point Industrial Park in South Point, as well as maintaining the Lawrence County Airpark and serving on the committee that founded the Col. William C. Lambert Museum in Ironton, dedicated to one of the aviation heroes and friend he often wrote about.

When we approached Lee three years ago to do an interview for our Generations section, which spotlights individuals over 50, Lee had a good laugh, said, “Do you know how old I am?” and then agreed to the piece.

He met our reporter at his business and was more than happy to show off all of the projects he was working on at the time. (He also let out a stunned gasp, upon learning that his interviewer had never been in a plane and vowed to do something about that.)

Lee led an interesting and active life and we are grateful that he took the experience he had, as well as the knowledge he gained over the years and shared it with others. It was an honor to host his work.

Thanks for everything, Mr. Lee, and fly high.