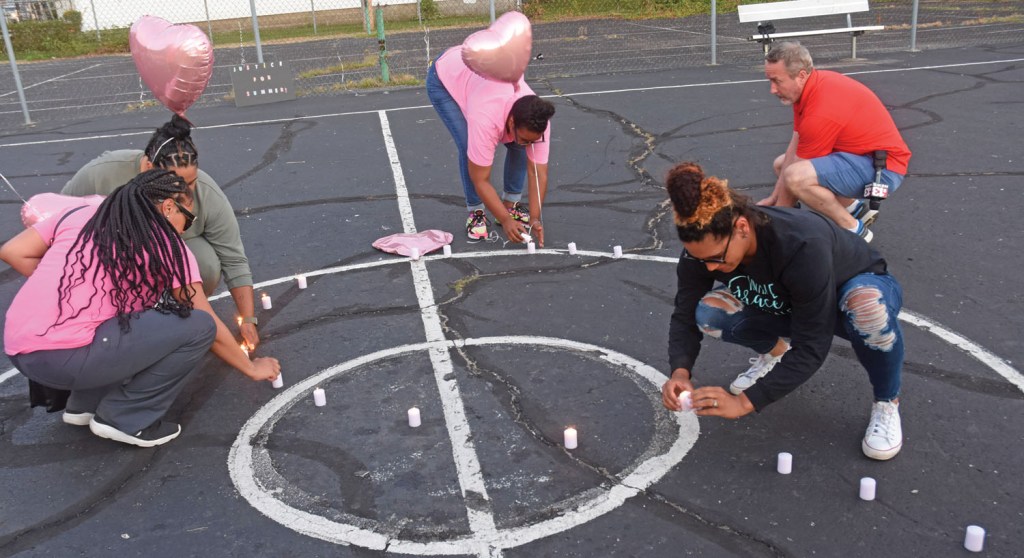 Attendees light candles at a ceremony at the Ninth Street playground on Monday for Selina Easter and Summer Algarakhuly, two Ashland women and former Ironton residents who were found dead Friday from gunshot wounds. (The Ironton Tribune | Heath Harrison) 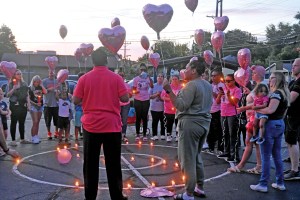 Attendees light candles at a ceremony at the Ninth Street playground on Monday for Selina Easter and Summer Algarakhuly, two Ashland women and former Ironton residents who were found dead Friday from gunshot wounds. (The Ironton Tribune | Heath Harrison)

Dozens came to the Ninth Street playground in Ironton on Monday evening for a candlelight ceremony in honor of two women, both former Ironton residents, who were found murdered in Ashland on Friday.

“We are praying for two beautiful souls we lost,” Kymbria Williams said of Selina Easter, 20, and Summer Algarakhuly, 18, the victims of the crime. “One being my best friend and one being her sister.” 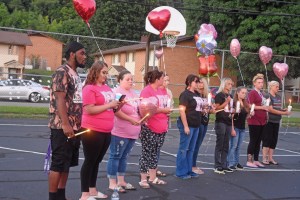 Williams said she is still “trying to fathom” what took place.

“It’s so hurtful,” she said. “I can’t describe it. I wake every day wanting to call or text her.”

Carrying heart-shaped balloons, friends and family, including the victims’ mother, Donna Algarakhuly, and those from the community gathered in a circle and lit candles. Those who knew the two women were then invited to speak.

Friends recalled good times and the women’s vibrant personalities, while others said they want to see to it that justice is served.

Throughout the ceremony, many said that they would all come together in the wake of the tragedy and comfort each other.

Following a closing prayer, the balloons were released, as “It’s So Hard to Say Good-Bye,” by Boyz II Men played.

The ceremony came three days after Ashland Police said field units were dispatched at 8:18 a.m. on Friday to 3004 Montgomery Ave. to a call to check the welfare of the resident, after officers were advised of gunshots that were heard earlier.

Upon entering the duplex apartment, officers said they found Easter and Algarakhuly with gunshot wounds.

Boyd County EMS was called and, upon arrival, attempted lifesaving efforts, but it was determined that the two women were deceased. 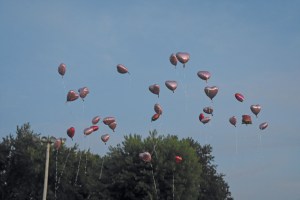 Balloons were released at the end of a candlelight ceremony on Monday. (The Ironton Tribune | Heath Harrison)

Detectives and patrol officers collected evidence and said they were able to identify a suspect, John F. Tooson, 32, of Ashland and Toledo.

Detectives reached out to the U.S. Marshalls Service to assist in apprehending Tooson. Members of that agency, along with task force members of the Toledo Police Department, located Tooson at a residence on Utah Street in Toledo.

After a surveillance and after locating the Ester’s vehicle there, officers said they interacted Tooson at about 5:30 p.m., when, at that time, he barricaded himself in the home there.

Toledo Police Department SWAT was activated to assist in removing the suspect. After negotiating until about midnight, Tooson exited the front door of the home and appeared to be complying to a surrender.

Officers said Tooson then entered back into the home, came back out and was in possession of a firearm, and inflicted a gunshot wound to himself. He was immediately taken to a Toledo hospital, where we he was put in an intensive care unit at the University of Michigan in critical condition.

Ashland Police obtained the following arrest warrants for Tooson: Two warrants for murder, first degree wanton endangerment, due to the infant, and theft of an automobile.