Amanda Cleary, co-founder of the nonprofit group Third and Center, said she was “thrilled with the outcome” on Saturday. The organization hosted the first Summer Solstice Music and Arts Festival on the Ironton riverfront, featuring music, vendors, children’s activities and more.

“It’s 4 p.m. and we’ve had close to 500 people so far,” Cleary said at the festival’s midway point, and she correctly predicted the crowd would pick more up as the evening’s musicians began to take the stage.

Leading off the music was Person2Person, a jazz ensemble, who performed standards such as Cole Porter’s “Night and Day,” followed by Corduroy Brown, of Huntington, West Virginia who was joined for a song in his set by Audrey Pulliam, an all district jazz drummer from Paul Blazer High School in Ashland, Kentucky. And rounding out the evening was The John Inghram Band, of Charleston, West Virginia.

The day started off with outdoor yoga, led by Viviane Khounlavong.

“That was well attended,” Cleary said, stating that a talent show followed next.

Near the entrance of the event was an interactive mural, which Cleary said was done by Victoria Keairns, a local high school senior, and Chelsea Potter, of Bluegrass Mama Creations in Russell, Kentucky. Attendees were invited to paint in portions of the floodwall project, which was marked out for them.

The festival was also host to a number of artisans and vendors, as well as food trucks, such as Dragonfly Outdoor Café, from Greenup, Kentucky.

Face painting, sidewalk chalk and other activities were available for children. There was also a setup from Southern Ohio Gellyball, of Wheelersburg. Amy Fitch, who was running the games, said that it is similar to paintball and uses projectiles that are “90 percent water and 100 percent biodegradable.”

She said they had a mobile unit for events like the festival, while they kept a permanent setup in Wheelersburg.

She said games included capture the flag and freeze tag and those who are interested can find the company on Facebook.

Overlooking the event near the main Welcome to Ironton mural on the floodwall was a booth for the Ohio River Revival, a festival organized by Bob Delong. Delong said the free music event will return to the riverfront on Sept. 10, kicking off at 11 a.m. and featuring 16 bands.

“It’s our fourth year, but our third show, because of COVID,” he said, noting they had to cancel in 2020.

Returning favorites will include Restless Leg String Band and String Therapy, as well as headliners the Jon Stickley Trio, a string band from Ashville, North Carolina, and Dark Moon Hollow, of Lexington, Kentucky.

“It’s only Appalachian artists,” Delong said of the lineup, but noted the region is musically diverse and extends from “Ashville to Pittsburgh to Louisville to Charleston.”

Delong also complimented Cleary on organizing Saturday’s event and said it was great to see two free, recurring events available to Ironton. Cleary said that all funds raised on Saturday would go toward beautification projects on the riverfront.

Coming up next for Third and Center is the second Ironton River Run, a 5K race which will take place on the riverfront on Sept. 24. Cleary said those interested can visit their website at www.thirdandcenter.com 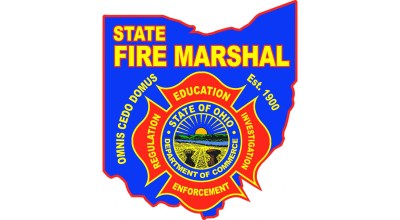