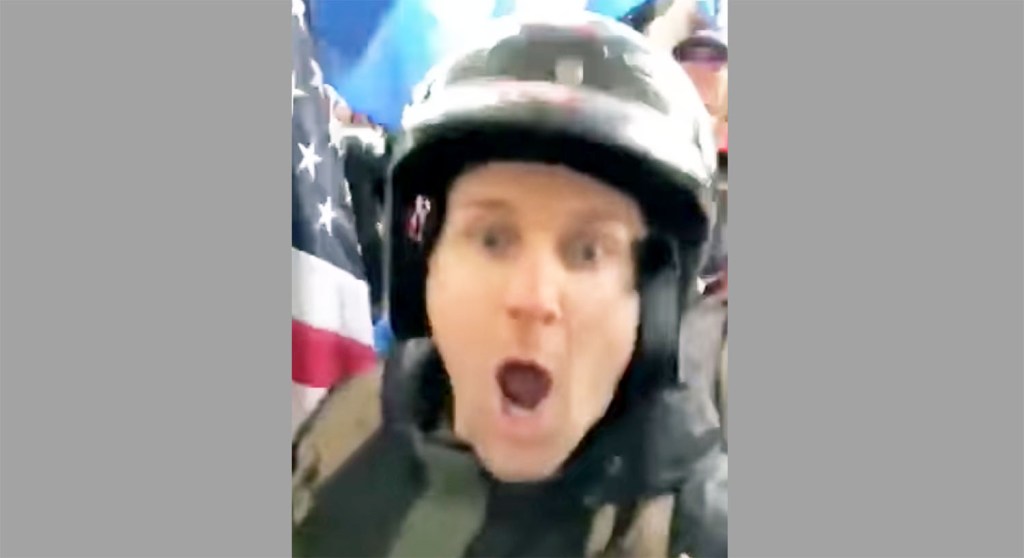 Former West Virginia Del. Derrick Evans, R-Wayne, is seen on his livestream during the Jan. 6, 2021 attack on the U.S. Capitol in Washington, D.C. Evans was sentenced to three months in prison on Wednesday for his actions that day. (Screengrab)

WASHINGTON, D.C. — A former West Virginia lawmaker was sentenced today to three months in prison and three years of supervised release for his actions during the Jan. 6, 2021 attack on the U.S. Capitol.

Derrick Evans, 36, of Prichard, in Wayne County, was elected to the state’s House of Delegates as a Republican in November 2020, pleaded guilty to a felony civil disorder charge in U.S. District Court in March of this year.

Evans had livestreamed his participation in events at the Capitol as the 2020 election results were being certified by Congress.

“We’re in! Derrick Evans is in the Capitol!” Evans can be heard exclaiming in his videos.

The U.S. Justice Department had sought three months incarceration for Evans, to which the Judge Royce C. Lamberth sentenced him at Wednesday’s hearing. Evans’ attorneys had argued for no incarceration.

Evans, who had gained prominence as a local anti-abortion protester and Facebook livestreamer before his election, resigned his seat in the legislature on Jan. 10, 2021, upon his arrest. His actions were condemned by lawmakers of both parties in the state.

Evans’ resignation was five days before the start of the legislative session.