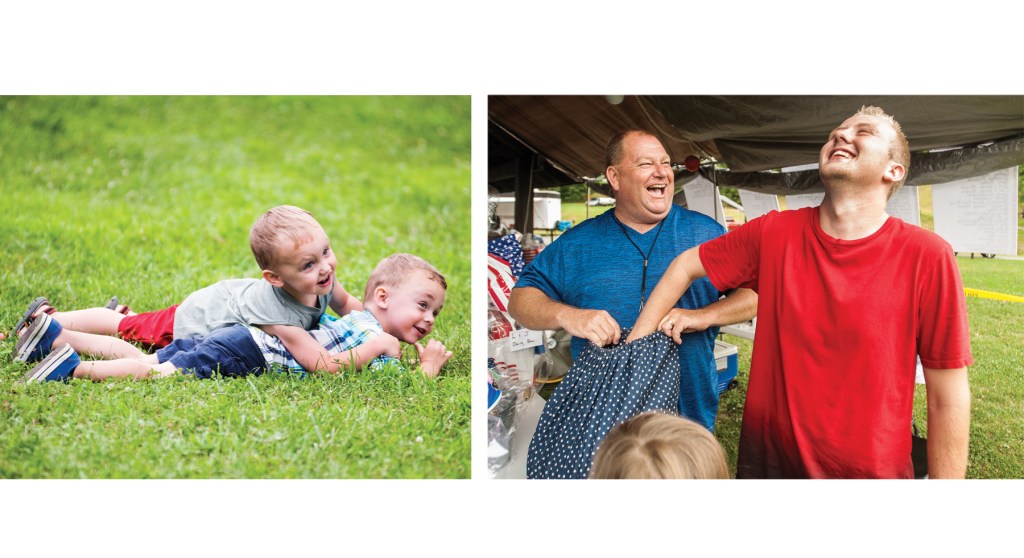 COAL GROVE — Family Fun Days is returning to Coal Grove this weekend with bands, food trucks, games for the children and, of course, fireworks. The event will be at Paul Porter Park and begins at 5 p.m. Friday. Saturday the event runs from 2 p.m.–10 p.m, and on Sunday, the hours are 2 p.m.–10 p.m. when fireworks will be launched from the Little League ball park. However, the event almost didn’t take place due to some heavy damage from a recent storm.

“We were seven days from canceling,” said Coal Grove Betterment Club president Jay Sherman. “It was almost a catastrophe with this last storm.” He explained the storm caused a small tree to fall and it knocked out electric to half the park, including the shelters, the playground and the bathrooms. And all the shelter and the stage roofs were damaged, but usable. “We had electric boxes on fire, we had smoke coming out of the ground from the underground power lines,” he said. “It was a mess. We thought we were going to have to cancel Family Fun days.”

However, village employees were able to run temporary electric lines and assess the damage. Sherman said the electric to the stage and the two garages were on a separate circuit and are fine. “So, they ran lines to what we needed,” he said. “That includes electric to the bathroom.” The insurance company has been out and has agreed to pay for repairs and that work will start after Family Fun Days is over. “It’s going to give the park a big facelift,” Sherman said. But since the event is still going on, Friday begins with a Purple Heart ceremony at 5 p.m.

Last year, a new Purple Heart display next to the playground was unveiled to honor Coal Grove veterans who received the Purple Heart award for being wounded or killed in combat. The first person on the monument was Curtis Crum, a U.S. Army who was killed in action in Vietnam in 1968. This year they will add four more names on stones. After the ceremony, bands will play Christian music until 10 p.m.

On Saturday, there will be a new feature — two and half hours of community members taking the stage to perform their best karaoke songs. Besides being fun, it was a matter of necessity. “We can’t get bands,” Sherman said. “The people that said they were going to be there either double-booked or are just going on vacation. I’ve had six bands drop out. So, we thought we would try something new and see how it goes.” Once the karaoke is over at 4:30 p.m., the rest of the evening will be music by local rock bands. On Sunday, “it’s all country from 2-10 p.m.,” Sherman said. “And then at 10 p.m., we’ll be shooting off fireworks from the Little League field.” Besides music, Sherman said that M&M Inflatables will be having a bunch of their inflatables set up for the kids, something they didn’t have last year because of the concern of spreading COVID-19.