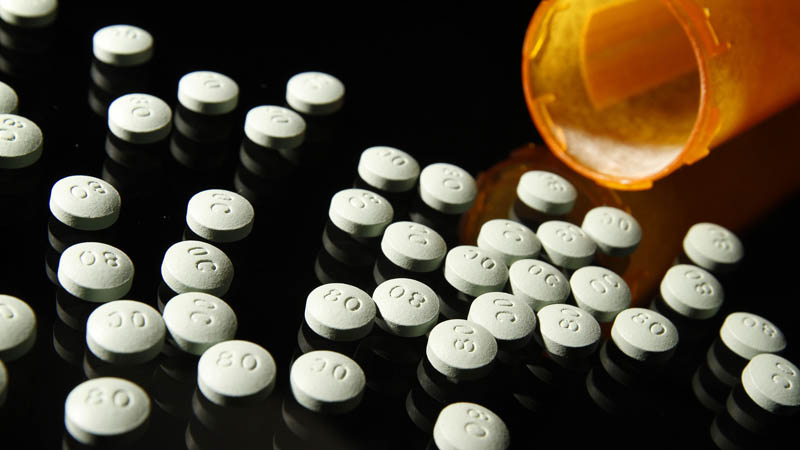 With an avalanche of documents from the three-month trial, Judge David Faber didn’t indicate when he would make a ruling on the multibillion-dollar lawsuit filed by Cabell County and the city of Huntington against three major drug distributors, and his decision wasn’t expected right away.

Now, nearly a year later, there’s still no verdict, and a landmark case remains a book without a final chapter — even as the full dimensions of addiction, desperation, broken families and death continue to deepen the scope of the tragedy unfolding in one corner of West Virginia.

“It is pretty unusual, but maybe this is an unusual trial,” said Carl Tobias, a University of Richmond law professor.

Some 81 million pain pills were sent to Cabell County from 2006 to 2014. The lawsuit accused distributors AmerisourceBergen Drug Co., Cardinal Health Inc. and McKesson Corp. of creating a public nuisance with the onslaught and ignoring the signs that the area was being ravaged by addiction.

Tobias noted that most other similar trials involving the opioid epidemic have been before juries, not handled by judges alone.

“It’s mystifying, I think, at this point,” Tobias said.

Until recently, there hadn’t been any activity for two months on the case’s docket. On Monday, Faber addressed what he called a “renewed” motion by the defendants, issuing a 24-page order to exclude some testimony from an expert witness for the plaintiffs.

West Virginia University law professor Patrick McGinley said that while he isn’t surprised by the months that have gone by since closing arguments, “I would think it’s time, really,” for a decision.

Still, “it’s clear that the judge is being meticulous and careful,” said McGinley, who teaches a seminar in prescription opioid litigation and was instrumental in forcing the Drug Enforcement Administration to release a database of distributor pain pill shipments across the U.S.

“What no one wants is for the case to be decided for the drug companies or for the plaintiffs and have it go on appeal and have it reversed and have to do the trial over,” he said. “There’s been an enormous amount of expenditure of funds on both sides, expert witnesses. The whole nine yards. And nobody wants a do-over.”

The plaintiffs are seeking more than $2.5 billion that would go toward abatement efforts. The goal of the 15-year abatement plan would be to reduce overdoses, overdose deaths and the number of people with opioid use disorder.

With every passing month, potential help is pushed back for people addicted to drugs in the worst-hit county in a state with the nation’s highest fatal opioid overdose rate.

“Any delay is concerning because this is affecting us right now,” said Dr. Matthew Christiansen, director of the state Department of Health and Human Resources’ Office of Drug Control Policy.

Last year in Cabell County, an Ohio River county of 93,000 residents, there were 1,067 emergency responses to suspected overdoses — significantly higher than each of the previous three years — with at least 158 deaths. So far this year, suspected overdoses have prompted at least 358 responses and 465 emergency room visits, according to preliminary data from the state Department of Health and Human Resources’ Office of Drug Control Policy.

In 78 percent of the Cabell County cases handled this year by emergency medical services workers, suspected overdose victims were administered an opioid-reversing drug.

Due to runaway inflation, dollar figures sought by the plaintiffs when the trial opened a year ago won’t buy as many services in today’s economy.

“The longer we wait, the greater the cost to the individuals that are suffering, to their families, to the support systems that are responsible for intervening, like the child protective services system, like the health care system, the prison and jail system, which is so disproportionately affected by addiction,” Christiansen said. “The longer we go, the more costly these problems become if they’re not addressed.”

The U.S. addiction crisis was inflamed by the COVID-19 pandemic with drug overdose deaths surpassing 100,000 in the 12-month period ending in April 2021, according to the Centers for Disease Control and Prevention. That’s the highest number of overdose deaths ever recorded in a year.

The Cabell-Huntington lawsuit is the first-time allegations involving opioid distribution ended up at federal trial. The result could have huge effects on similar lawsuits. Some have resulted in multimillion-dollar settlements, including a tentative $161.5 million settlement reached in May by the state of West Virginia with Teva Pharmaceuticals Inc., AbbVie’s Allergan and their family of companies.

In all, more than 3,000 lawsuits have been filed by state and local governments, Native American tribes, unions, hospitals and other entities in state and federal courts over the toll of opioids. Most allege that either drugmakers, distribution companies or pharmacies created a public nuisance in a crisis that’s been linked to the deaths of 500,000 Americans over the past two decades.

In separate, similar lawsuits, the state of West Virginia reached a $37 million settlement with McKesson in 2019, and $20 million with Cardinal Health and $16 million with AmerisourceBergen in 2017.