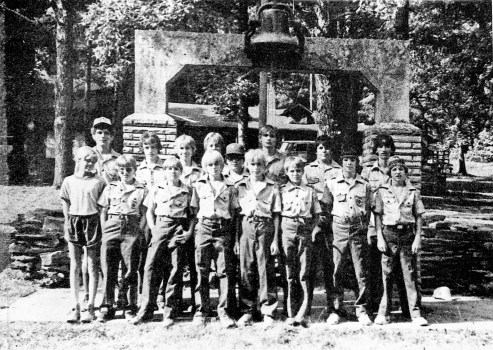 Members of Boy Scout Troop 109 attended one week of summer camp at Camp Oyo in Friendship, Ohio where they won first place in both the swimming and scout craft competitions in 1982. Troop 109 was sponsored by the Ironton Elks Club BPOE 177. (Tribune File Photo) 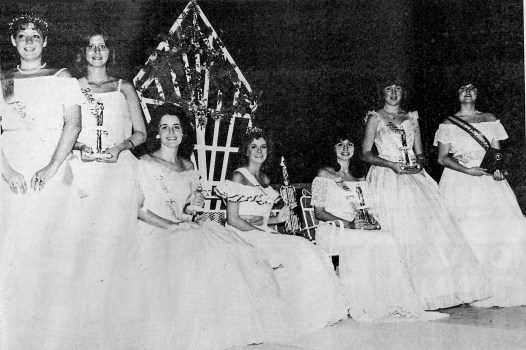 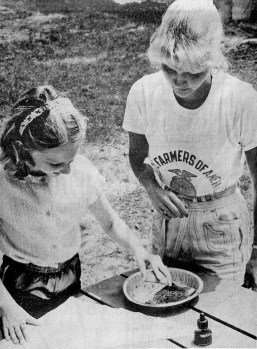 Summer Gatewood, left, learns how to take a potato and Indian ink and make a scarf with the instructions of troop leader Lavonne Phillips, right, in this 1982 photo. Once the scarves were made, the girls used them to designate which group they would belong to and work together during the camp. (Tribune File Photo | Carol Kitts) 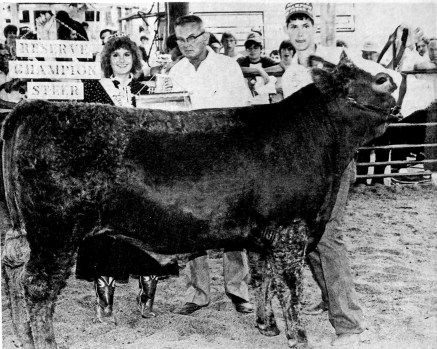 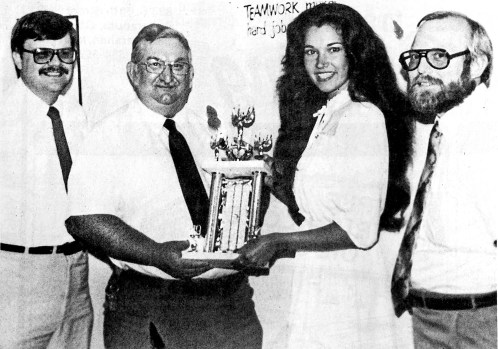