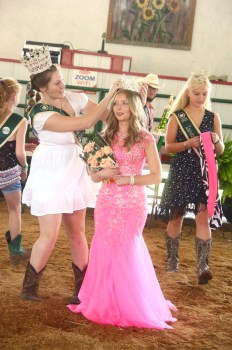 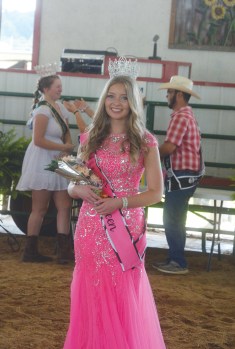 Brea Belville, after her crowning as this year’s Lawrence County Fair queen on Sunday. (The Ironton Tribune | Heath Harrison) 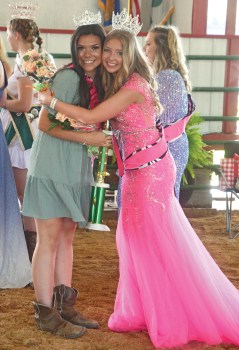 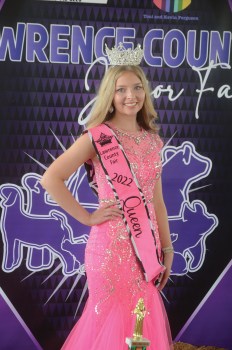 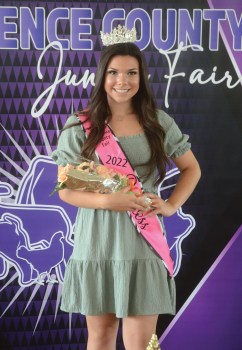 Isabella Kerns, a sophomore at Ironton High School, was crowned as this year’s Lawrence County Fair princess at the county fairgrounds in Rome Township on Sunday. (The Ironton Tribune | Heath Harrison) 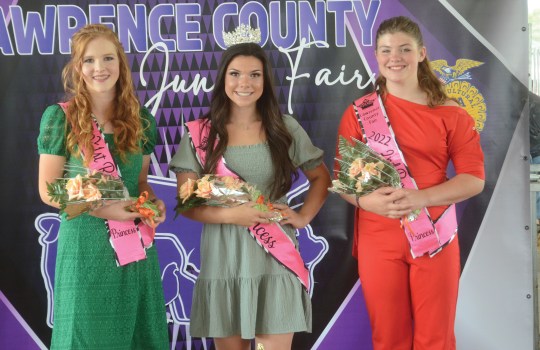 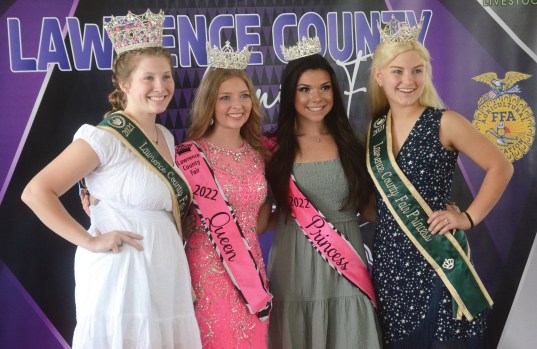 ROME TOWNSHIP — It’s been a banner year for Brea Belville.

In May, she graduated at the top of her class at Symmes Valley High School, and on Sunday, after years of commitment to 4-H and the Lawrence County Fair, she was crowned as the queen of the 2022 event.

The daughter of Shannon and Brigette Belville, she has been involved in 4-H for 10 years and was crowned as fair princess in 2019, reigning for two year’s as there was no 2020 pageant, due to the COVID-19 pandemic.

She shows rabbits at the fair each year and has won numerous awards, including multiple wins as Senior Showman in that competition.

“I’m really excited for a great fair week,” she said, following her win in the pageant.

A member of the Lawrence County Junior Fair Board, she will be attending Marshall University in the fall.

In her work with the fair, Belville has often served as a spokesperson, promoting 4-H’s programs at various events.

After the pageant, she urged the community to support the livestock auction at the close of the week, of which all proceeds go to individual 4-H members.

Also competing in the queen pageant were Makenzie Daniels, who was first runner up, Veronica Poyner, who was second runner up, and Megan Foltz.

In the younger princess pageant, six contestants took part, with Isabella Kerns, who will be a sophomore at Ironton High School, winning the crown.

“I’m super excited,” Kerns said of her win. “I was really hoping.”

The daughter of BJ & Leslie Kerns, she is a member of Over Yonder 4-H Club and has been involved with the fair since third grade.

Kerns said this was her first time taking part in a fair pageant.

First runner up was Kirsten Dome and second runner up was Grace Stallo. Also competing were Brynlie Gore, Meredith Rogers and Allie Stallard.