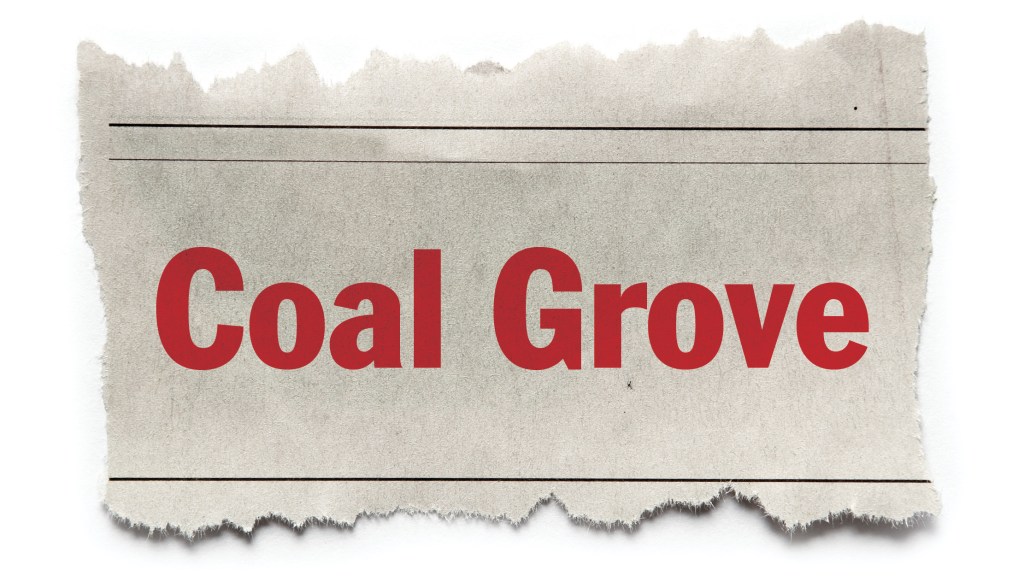 Former police station to be expanded

COAL GROVE — With no fanfare, the ground was broken for a new community center in Coal Grove.

That’s because the village was busy dealing with a bigger issue of everyone working on repairing roofs and electric systems at the currently closed Paul Porter Park. In mid-June, a storm rolled through the park and caused a small tree to fall and it knocked out electric to half the park, including the shelters, the playground and the bathrooms. And all the shelter and the stage roofs were damaged, but usable. Village employees put in electric lines to keep the park open for the annual Family Fun Days event during the Fourth of July weekend.

With that event over, the village got back to fixing up the park.

The new community center is going to be the former police station by the park and will be called simply the Coal Grove Community Center.

He said they are looking at 30 days to do the work and it will have 30’x60’ of space when it is complete.

“It should hold around 100 people,” Sherman said.

The new community center was needed since the former one, the Jay Roush building, is now being used by the village’s court. Sherman said the court found they needed much more space during the COVID-19 pandemic.

“Everything was too tight at the town hall,” Sherman said. “And when they had court, everyone had to stand next to each other and people just didn’t feel safe, they couldn’t distance themselves. Now, they are a lot of safer.”

Sherman said they understood the need to take the Jay Roush building, but the Coal Grove Betterment Club still wanted a building for the public to use for events. Thus, they had the idea of expanding the former jail building.

Sherman explained that when people rented the community center, the money was used for things like the Christmas lights in the park.

And the other building had things that weren’t being used a lot, such as the large kitchen.

“There may have been a few people that used it, but most people just bring Crock-Pots these days,” Sherman said.

The design of the new building will include a small kitchen with a stove, refrigerator, sinks and a microwave and up front there will be a long shelf with multiple electrical outlets for the Crock-Pots.

“It is going to be nice,” Sherman said. “This all being done with the anonymous donations that are just a huge blessing.”