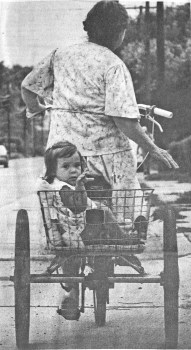 Stacey Tipton, Ironton, appears to be enjoying her ride on North 2nd Street in a basket on a three-wheel bicycle powered by her great-aunt Anna Morris in this 1981 photo. The pair went riding often, according to Anna, and Stacey didn’t seem to mind the bumps. (Tribune File Photo | Bill Ferguson Jr.) 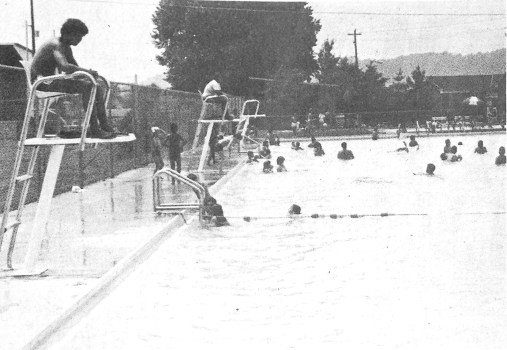 Jerry McKnight and Rick White keep an eye on swimmers at the Ironton Municipal Swimming Pool in 1981, where they worked as lifeguards. (Tribune File Photo) 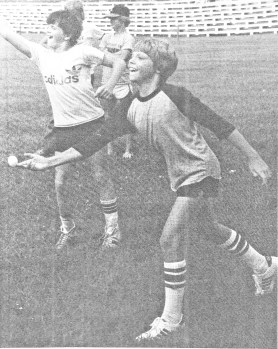 Brian Music, of Coal Grove, participated in the annual Family Fun Day festivities in Coal grove in July 1981. The event was then part of the Tri-State Fair and Regatta. (Tribune File Photo | Carl Floyd) 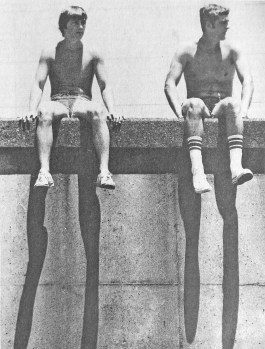 As the shadows were cast on the floodwall near the Center Street boat ramp, it appeared this pair had longer-than-normal legs. The two were sitting on the wall during a sunny day in 1981. (Tribune File Photo | Bill Ferguson Jr.) 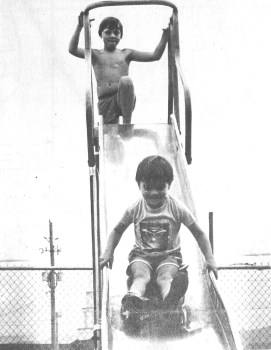 Because of the abundance of rainy days in the summer of 1981, Kevin Ackerson, top, and Chris Brumfield take advantage of a hot summer day to enjoy facilities at Beechwood Park. (Tribune File Photo | Carl Floyd)

Summer scenes from our region’s past.