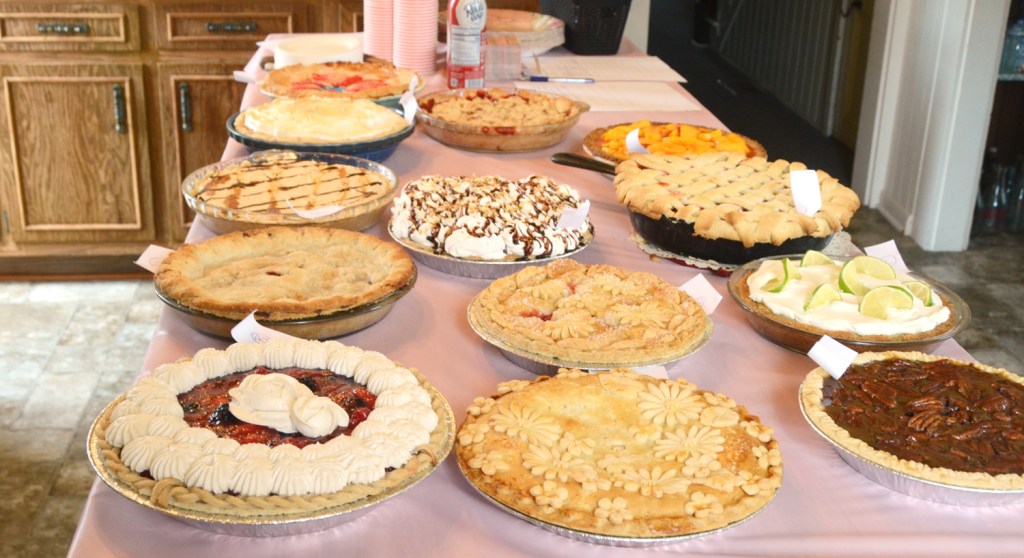 ABOVE: There were 20 pies to be judged in the Lawrence County Museum’s pie social on Saturday. (The Ironton Tribune | Heath Harriso 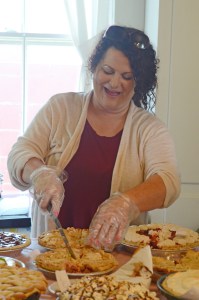 Alicia Fraley, with the Lawrence County Museum, slices up pies during the event. (The Ironton Tribune | Heath Harrison) 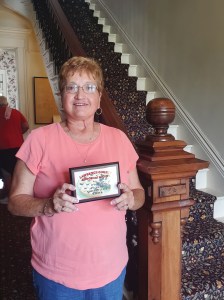 It was a packed house on Saturday for the annual Lawrence County Museum pie social.

Altogether, there were 20 pies submitted, with 16 from individuals and four from businesses, which included Frisch’s Big Boy, Tipton Bakery, Frosted and Black Bear bakery.

The pies were judged by a panel, which included museum staff and Ironton Mayor Samuel Cramblit II.

Alicia Fraley, with the museum, said the pies were judged on both appearance and taste.

The winner in the business category was Big Boy, with a peanut butter pie, and the individual winner was Wilma Folglesong, for her peach pie.

After the judging, the crowd, which numbered in the dozens, was treated to slices of the pie. The event was free and open to the public.

The museum’s next event is a community sing-along, scheduled for Aug. 13, honoring Sharon Bradshaw. The event will also fall on longtime museum trustee Kay Rader’s birthday and the public is invited to wish her a happy birthday at the event.

Following that will be one of the most popular events in the county, the annual historic cemetery walk, set for 5-7 p.m. on Sept. 24 at Woodland Cemtery.