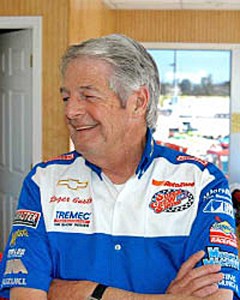 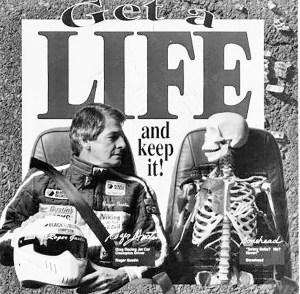 Roger Gustin was one of the greatest race car drivers of all time, but this time the Lawrence County Historical Museum will be at the wheel.

The museum is local at the corner of South 6th and Adams streets in Ironton and is open to the public from 1-4 p.m. on Saturdays and Sundays.

Gustin was the pioneer in the world of Jet Funny Cars which is a jet engine in a regular car chassis. Gustin set a record when his car reached 300 miles an hour.

Although Gustin was a race car driver going amazing speeds, he never lost sight of the safety factors needed.

He was a member of the NHRA and National Safety Council and received the 1986 Announcement of the Year Award for his national commercials about safe driving.

In fact, he was part of a national advertising campaign to encourage motorists and their passengers to always wear a seat belt.

Gustin was considered a classy gentleman who never forgot his roots. He was born in Ironton and grew up in Franklin Furnace where he grew his love of racing as he started driving locally before reaching the pinnacle of the industry.