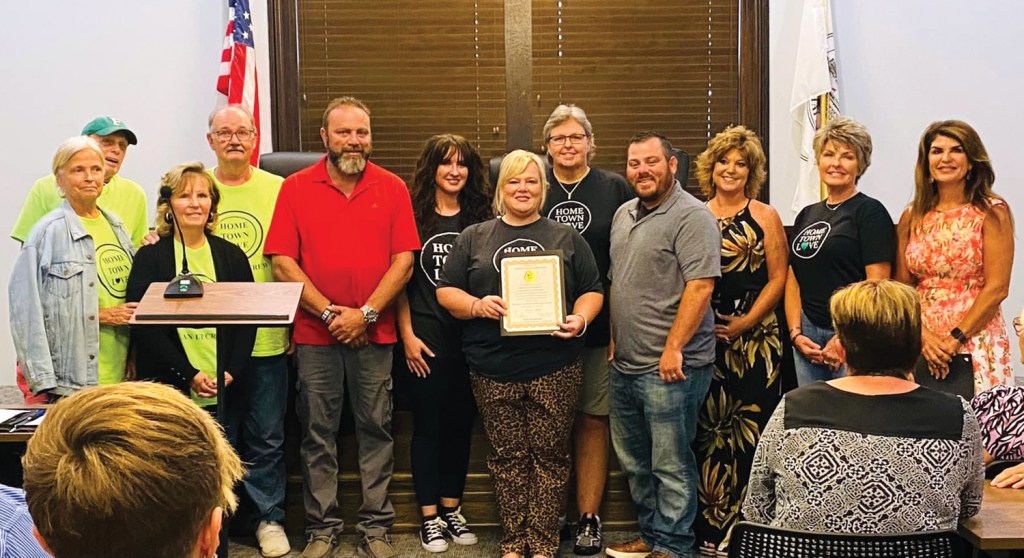 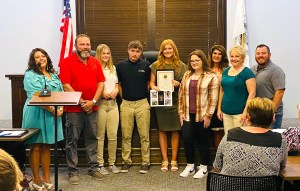 $25,000 contribution made to Tri-State Airport

The Lawrence County Commission began its meeting this week by honoring organizations for their service projects within the county.

Commission president DeAnna Holliday said the honors, and donations made by the commission, were through Project First Impression, an effort to increase beautification and service in the county.

“They have taken responsibility in their communities and see that Lawrence County is delivering the best first impression that we can,” she said. “We want to bring recognition to them and help fund their events.” 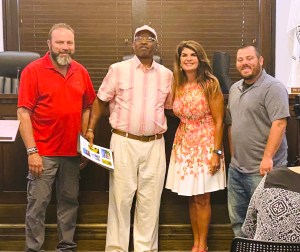 Honored at the meeting were:

• The Village of Chesapeake and Hometown Love Chesapeake, who received a $500 donation.

• The Rome Volunteer Fire Department and Hometown Love Proctorville, who received a $250 donation.

“Isn’t it amazing when small groups come together?” Holliday said after the awards were presented. “It makes such a huge difference. I appreciate what you are doing for your community.”

She said those interested in doing a service project can contact the commissioner’s office for more information on Project First Impression. 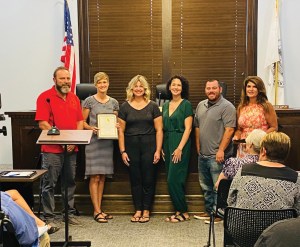 Third and Center was honored by the Lawrence County Commission and Project First Impression for service projects. (Commission photo)

• Heard from Brent Brown, the director of Tri-State Airport, who said he is visiting county commissions in the area to seek support for matching funds for a $250,000 grant from the federal government for the airport.

Brown said the airport hopes to expand service to include flights to Chicago, which he said would make national and international travel less expensive for the region.

“It would help with retention of employees and make business more efficient,” he said.

Holliday, who serves on the airport’s board, praised improvements to the airport under Brown and said it is “Important that we, as a tri-state area, continue our commitment to Tri-State Airport.”

“It is a critical piece of infrastructure,” she said. 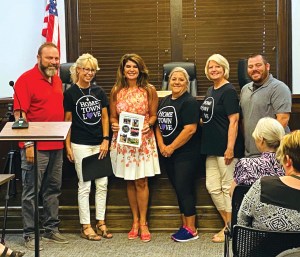 The Village of Chesapeake and Hometown Love Chesapeake were honored by the Lawrence County Commission and Project First Impression for service projects. (Commission photo)

“Hopefully, our citizens can see that investment come back with cheaper flights,” he said.

Brown said he was seeking $25,000 from the commission. Holliday put forward a motion to make the contribution, to which Copley and commissioner Freddie Hayes Jr. voted in support of.

Seigers said the platform does not replace the schools’ curriculum, but is offered as a supplement to teach “intangibles” essential to development.

He said one project they are working on is to build a real life thermal greenhouse at the schools, in which students could grow crops. He said data from this greenhouse would then be present in the agricultural portion of the game.

He said, while he was not asking the commission for funding, he was seeking input on information on possible sources of funding for such a project.

• Met in executive session at the end of the meeting.