ARTS AND CULTURE: ‘One Normal Night’ 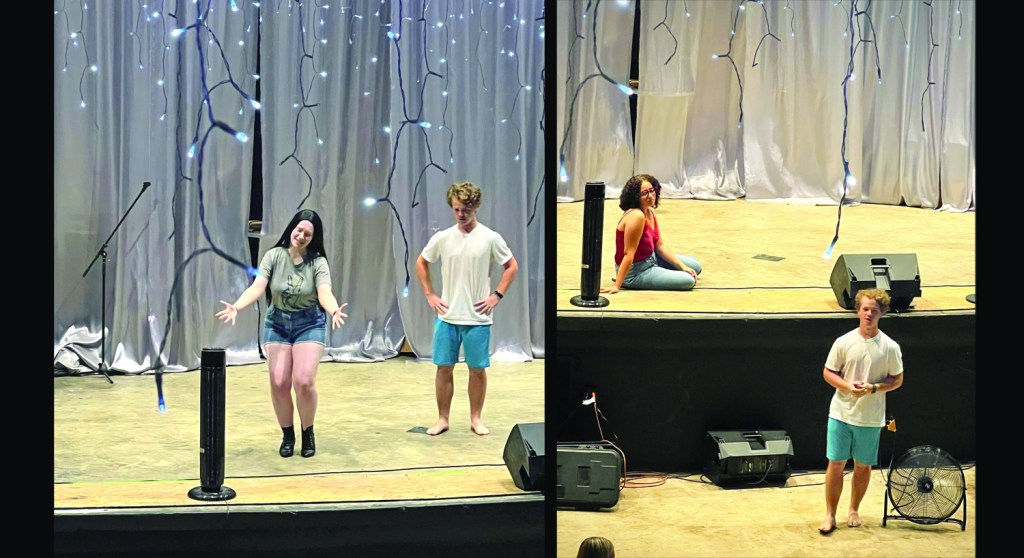 A newly-formed theater group has been rehearsing for their debut show, which will take place soon at the Ro-Na Theater in Ironton.

The Ohio Valley Theater Group was formed recently by director Jessica Price, assistant director Katelyn Fowler and musical director Kaitlyn King-Moore, according to Jake Kinkade, an intern with the group. 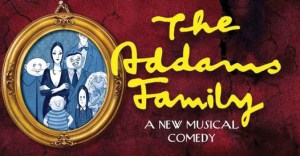 Over the past few weeks, the group has been rehearsing at the Yvonne DeKay School of Dance for “One Normal Night,” a musical based on the Addams Family characters created by cartoonist Charles Addams.

“Wednesday Addams has found love,” Kinkade says of the plot, in which the daughter of the family, played by Vinessa Fressola, has turned 18 and is set to be married to Lucas Beineke and the two instruct their families to act “normal” when they meet for a dinner.

“We have an amazing crew and we have worked hard to do this,” Kinkade said of the group, which has a cast of about 15 under the age of 20.

He said the group is all Ironton-based and comprised of members with experience in Ironton High School’s theater program and local drama groups, as well as some first timers.

“This is our first show,” Kinkade said of the production.

Performances were originally set for last week, but, due to the COVID-19 pandemic and positive cases among the cast, production was halted and the shows are being rescheduled, with details to be announced soon.

Kinkade said the group is especially grateful to the Friends of Ironton, who have allowed use of the Ro-Na, free of charge.

“They’ve been so generous,” he said. “Rick Jansen has been incredible.”

He also expressed thanks to Yvonne Sinnott for the use of her school for space for preparations.

Kinkade said the group is hoping to perform several shows of The Addams Family in the theater, which can seat up to 200.

He said they also hope to have an artists showcase during the production, displaying work from local creators at the theater.

Kinkade said the group has received funding through donors in the community.

“Several generous people have helped us and we’re always looking for donations,” he said.

Going forward, he said the focus is first on this show.

“We’re really excited,” he said. “We have a wonderful team that has put this together.”

After that, he said the group plans to offer theater classes in the off-season before beginning their next production.

Tickets to the show are $15 for adults and $12 for children 12 and under. They can be purchased at the door or by visiting www.ovpaa.org. Details on the new dates will be announced soon. The group also has a Facebook page for updates.

The Ohio Valley Theater Group is set to perform a musical version of The Addams Family.

It is a fitting choice for their first production, as Charles Addms, the creator of the popular macabre characters has a small tie to Ironton, in acclaimed cartoonist Gardner Rea.

Born in 1894 in Ironton to an art-centric family, Rea sold his first cartoon at the age of 15 to Life magazine.

He went on to attend the Ohio State University, where he was the founder of the school’s humor magazine, The Sundial.

Eventually, Rea moved to Manhattan, where he found his fame doing drawings and covers for the newly-launched New Yorker magazine and was part of its original line up of cartoonists.

Rea also had other artists draw gags that he wrote, and one of those cartoonists was newcomer Charles Addams, who joined the magazine in the early 1930s.

Addams would later go on to write and draw his signature characters and debut them in The New Yorker in 1938, where they would appear through his death in 1988. They have since been adapted to television, film, animation and the stage.

Rea died in 1966 in New York. The Ironton native’s work is included in the collection of the Billy Ireland Cartoon Library and museum at OSU in Columbus.