Creating a foundation to build on 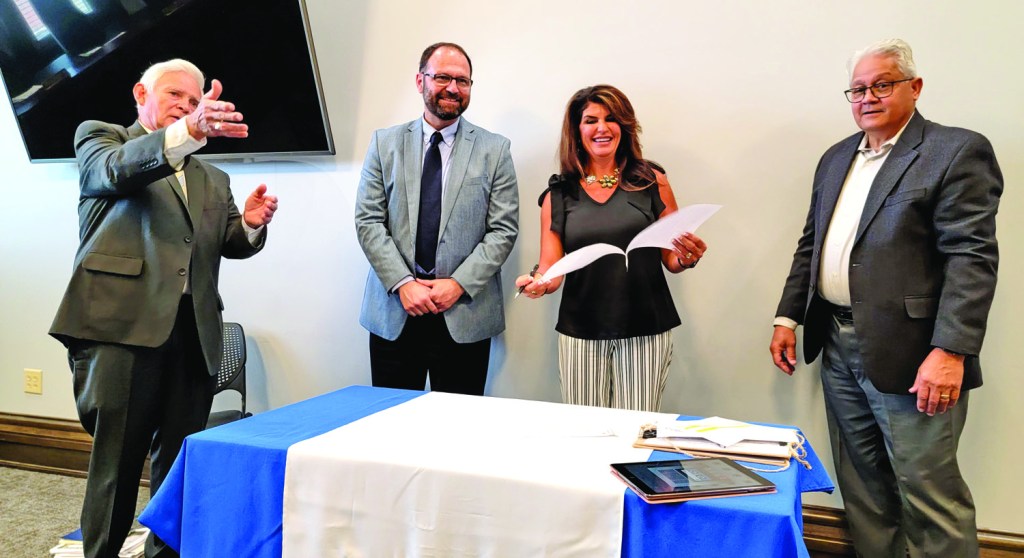 A new organization has been created with the goal of improving Lawrence County and it has $2 million to get things going.

LEDC director Bill Dingus said the foundation will be able to do things like give a no-interest loan to a small business that needs economic help but doesn’t necessarily qualify for a conventional bank loan.

The new foundation was started with help of the Foundation for Appalachian Ohio which matches up to $1 million after funding comes from Lawrence County sources. The Lawrence County Commission, the Ironton-Lawrence County CAO and the Lawrence County Economic Development Corporation provided $250,000 each and the foundation is looking for another $250,000 from other people or entities. How those funds are used will be guided by a Community Foundation board consisting of entities who helped with seed funding of the project.

“I said ‘Make that a million and we will talk about uniting to match your money so we can have a $2 million endowment,’” Dingus said. “Well, they called a few weeks ago and said they had a couple of counties that couldn’t match the plan and we have a position where we can allocate $1 million, if you in Lawrence County can match $1 million.”

Dingus said that he contacted the CAO about putting in $250,000 and the board agreed to it, as did the commissioners and the board of the LEDC.

Commissioner DeAnna Holliday said the commissioners could not be more pleased to be a part of the founding membership for the Lawrence County Community Foundation.

She said that too often that when opportunity arose they weren’t able to take advantage of it.

“But today is a different day, opportunity knocked and we were able to accept,” she said.

She said that too often she saw people with great ideas but there wasn’t the support mechanism to help push them to the next level and that the new foundation “is a turning point for Lawrence County, that we are going to be able to identify needs and have the resources to support them” and this foundation can help create a strong, solid base to help people.

Ironton-Lawrence County CAO executive director D.R. Gossett took the podium next and said that getting the initial money for a project is the hardest part.

He explained that the mission statement of the CAO is to improve the community by providing opportunities and to have their customers seize on those opportunities.

“This foundation gives us a tool to see opportunities,” Gossett said. “I think the funds will be strategically invested and I am excited about it. I couldn’t be more happy with the foundation.”

Dan Evans, LEDC president, said that when Dingus brought the idea to the LEDC they were all very encouraged at the possibilities.

“We are going to affect Lawrence County from now on and forever,” he said. “This foundation will continue to grow. There will be lots of opportunities to provide seed money for special projects — anything that will benefit the community.”

Tracy Mann, the director of planned giving for Foundation for Appalachian Ohio, said it was very exciting and a privilege to be in Lawrence County for the creation of the foundation.

She said there are 14 foundations under the Foundation for Appalachian Ohio’s umbrella because it is their passion to let community have flexible dollars to invest in things that are needed for the future.

She said that many times, when a community gets money in, it has to be used for something specific, while the foundation’s money is flexible.