EDITORIAL: Vote betrays those who sacrificed

Heath Robinson answered the call of his country.

The Pickerington native and sergeant first class served as medic with the Ohio National Guard for 13-month stint in Iraq, completing his tour of duty in 2006.

However, a decade later, he paid the price for his service, with his health beginning to deteriorate in 2016.

Robinson was diagnosed with a rare form of cancer, as well as a chronic autoimmune disorder, which doctors traced to his exposure to toxic burn pits in Iraq.

The U.S. military disposed of toxic materials in at least a dozen such pits in Iraq and Afghanistan and, in years since, a growing and alarming number of service members have had severe health problems due to working on or near the pits.

Robinson spoke out about his struggle to receive the care he needed from the Veterans Administration, becoming the face of a movement before he died from cancer in May 2020. 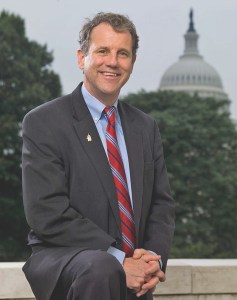 His widow has continued to bring attention to this issue, appearing as the guest of U.S. Sen. Sherrod Brown, D-Ohio, at this year’s State of the Union address, where President Joe Biden called on Congress to pass the Heath Robinson Honoring Our Promise to Address Comprehensive Toxics (PACT) Act of 2022.

The legislation, for which Brown, who serves on the U.S. Senate Veterans’ Affairs Committee, has been a major champion, would expand VA health care eligibility to post-9/11 combat veterans and more than 3.5 million toxic-exposed veterans, add burn pit and toxic exposure-related conditions to the VA’s list of service presumption and strengthen federal research on toxic exposure. The bill would also improve the VA’s resources on the issue as well as training for toxic exposure veterans.

The bipartisan legislation seemed to be a no brainer, easily passing the Senate in June in an 84-14 vote, with strong support from both parties.

It then went to the House, where it passed in a 342-88 vote, again with support from both parties (including U.S. Rep. Bill Johnson, R-Ohio, whose district covers Lawrence County). It looked like, at last, much needed change was on the way for our veterans.

The Senate had to take a second vote before the legislation could be signed by the president, due to a procedural issue after minor changes in the House version of the bill.

It was expected to be approved, overwhelmingly and without incident, but when the time for the vote came, U.S. Sen. Pat Toomey, R-Pennsylvania, accused the bill of a “budgetary gimmick” and generating unnecessary spending and wanted to rewrite it with amendments.

Toomey was joined by 41 other Republicans who filibustered the legislation, preventing it from reaching the 60 votes needed to end debate and hold a vote.

This was a strange position for them to take, considering 25 of them voted in favor of the same bill a month earlier. Though the need for veterans is critical and many are dying as the wait continues, the legislation, unfortunately is now in limbo.

One of those joining the filibuster was U.S. Rob Portman, R-Ohio, who was Robinson’s senator at the time of his death. Portman had originally voted in favor of the legislation. 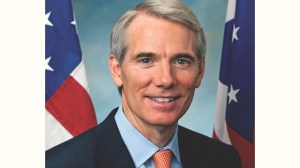 Like many politicians, Portman is always quick to issue statements and press releases of his votes and actions, but has largely kept quiet on the subject since the filibuster.

He really owes it to the public to provide a lengthy and detailed explanation for why he made this move.

Comedian Jon Stewart, who has, over the years, distinguished himself as an advocate for rescue workers who suffered toxic exposure on 9/11 and in its aftermath, similarly supported the PACT Act.

Following the Republican blockage of the bill, he expressed his outrage, accusing those opposing it of “cowardice.”

The veterans, he said, “lived up to their oath and, yesterday they spit on it.”

Many have questioned the motive for so many Republicans changing their vote on the legislation, with some stating it is due to anger over Democrats in the week prior resurrecting legislation on taxes and climate change, which conservatives have opposed.

One would hope that they would not block needed measures for our veterans out of spite for an unrelated bill, but given the celebratory fist bump on the Senate floor by Republican Sens. Ted Cruz and Steve Daines, captured by cameras when the PACT Act failed, it is hard not to think partisan revenge was involved.

No matter what one’s political leanings are, this legislation should be seen as a must. And, until last week, both parties agreed.

These men and women served our country when called, sacrificed and many are now paying the ultimate price. We owe it to our veterans to provide all the help they need.

This is not a time for petty, partisan games. America needs to call on Congress to pass the PACT Act immediately.