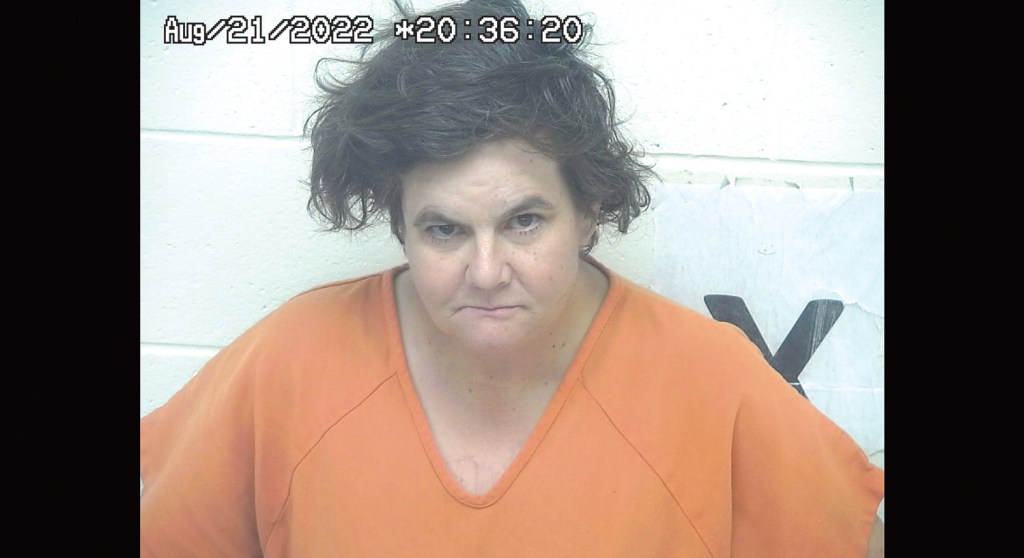 PORTSMOUTH — A New Boston woman was arrested on Sunday in reference to an attempted kidnapping of two juveniles, the Scioto County Sheriff’s Office said.

The Portsmouth Police Department requested the assistance of the Scioto County Prosecutor’s Office Special Victim’s Unit, who also responded to the scene.

Detectives said they interviewed the two children, ages 7 and 10, and learned that an adult female approached them as they were walking home from Sunset Lanes, located at 2330 17th St., in Portsmouth.

The 10-year-old was holding the 7-year-old’s hand as they were walking and their mother was watching for their return from her home nearby.

The children reported as they were walking they observed an adult female bent over with her hands on her knees trying to get their attention.

The female was doing some type of hand gesture and approached the 7-year-old and patted his pants pockets.

The report stated the female then grabbed the 7-year-old by the arm and tried to walk away with him while telling him, “I won’t hurt you.”

The 10-year-old, who was still holding the 7-year-old’s hand, began pulling hard trying to free himself from the woman’s grasp.

The 10-year-old was successfully able to free himself and the two ran as fast as they could back to the bowling alley to get help, the report stated.

Detectives noted the two children were visibly upset and shaken by what they experienced.

Officers from the Portsmouth Police Department were able to locate the suspect walking away from the scene.

The suspect was detained without incident.

Enriquez is being held in the Scioto County Jail without bond. She appeared in Portsmouth Municipal Court on Monday.

Thoroughman stated the quick arrest was the result of the joint effort between the Portsmouth Police Department, the Scioto County Prosecutor’s Office Special Victim’s Unit and the Scioto County Sheriff’s Office.

Thoroughman stated this is an ongoing investigation which could result in more charges being presented to the Scioto County Grand Jury on a later date.