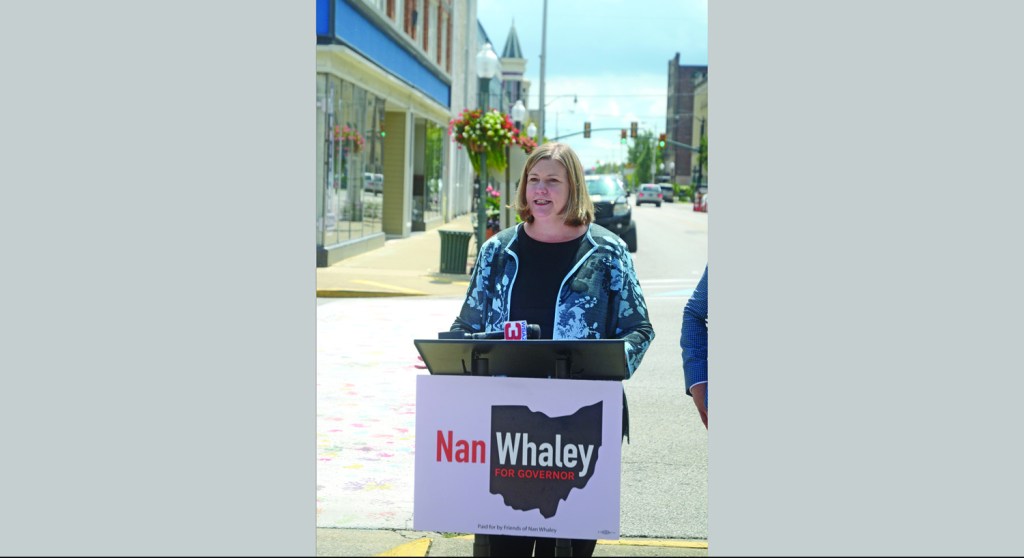 Democratic gubernatorial nominee Nan Whaley made a stop in Ironton on Monday, as part of a tour through southern Ohio in which she discussed her plan for investing in the communities of the state’s Appalachian region.

Whaley, who served eight years as mayor of Dayton, also visited Athens and Portsmouth as part of the trip.

She touted her development plan, which her campaign announced earlier this year. 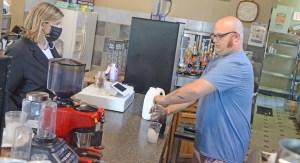 Former Dayton Mayor and Democratic gubernatorial nominee Nan Whaley visits the Trader Café as part of the first stop on a walking tour of Ironton in September 2021. (The Ironton Tribune | Heath Harrison)

She said she also wanted to form public and private partnerships to tackle issues such as the opioid epidemic and “doubling down on clean energy jobs.”

“One good job is not enough,” she said, stating development is needed for the entire state.

Lastly, she said a key priority would be “keeping our promises to our veterans,” stating she wanted to improve access and quality of health care and services to those who served.

Earlier this year, her Republican opponent, Gov. Mike DeWine, announced a $500 million investment in the state’s Appalachian counties, using funds from the American Rescue Plan Act, passed by Congressional Democrats and signed into law by President Joe Biden in 2021.

Whaley said the key difference in her proposal is that DeWine’s package used federal funds, while she says, “ours is about long-term, sustainable living.”

She pointed out that DeWine opposed ARPA when it was passed by Congress.

“This was money Mike DeWine was against but has no problem doling out, and he has no idea how to make long term and sustainable,” she said.

Ironton Mayor Sam Cramblit, who introduced Whaley, pointed out that she last visited the city in fall 2021, when she took a walking tour of businesses. Cramblit said she listened to concerns of Ironton business owners.

He said she then approached him and a group of local leaders to put together a plan to boost the region.

“For decades, places like Ironton have been forgotten, but Nan understands challenges our communities face,” he said.

Whaley said she feels confident about where the campaign stands, stating she had seen one recent poll that had her within a point of DeWine.

“People are really tired of this governor,” she said. “He’s been in office since I was 10 months old. I’m 46 years old now. In the time of his leadership, we’ve seen Ohio slip further and further behind, and I think Ohio deserves better.”