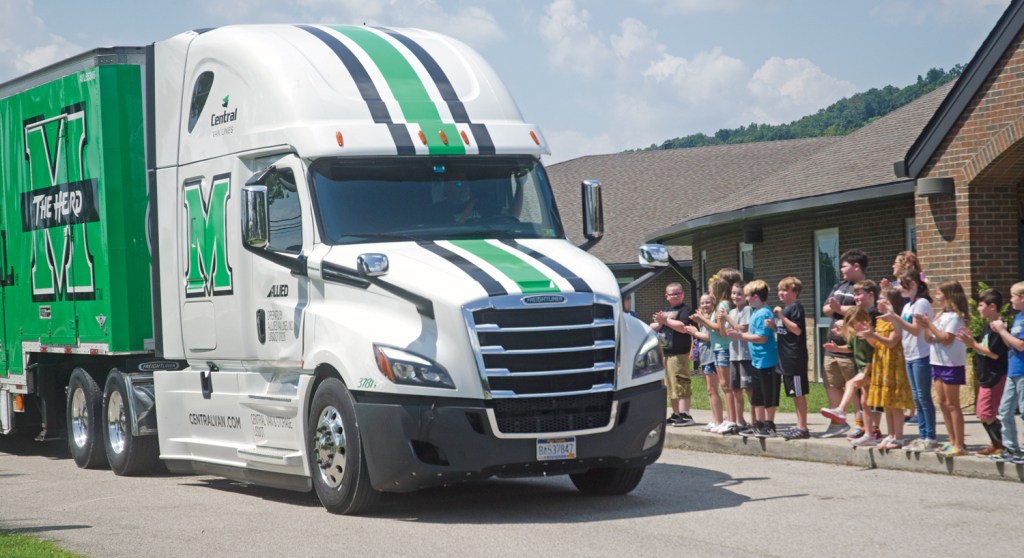 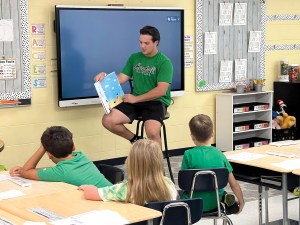 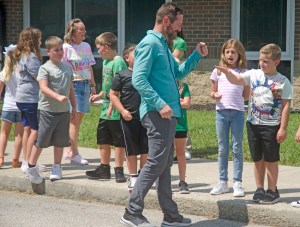 BURLINGTON — For Friday, at least, the school colors of Burlington Elementary School were green and white.

“They played with the intermediate students – third, fourth and fifth grades, at recess,” Ashworth said. “And they read to primary students.”

The day culminated in the students, who were dressed in Marshall colors, going outside to be filmed for a video from an aerial drone as the university’s football truck, a tractor trailer, decked out in Marshall colors and logos, did a drive-by pass through the parking lot.

Ashworth said the event was a success and that he hopes to have the baseball players back in the future.