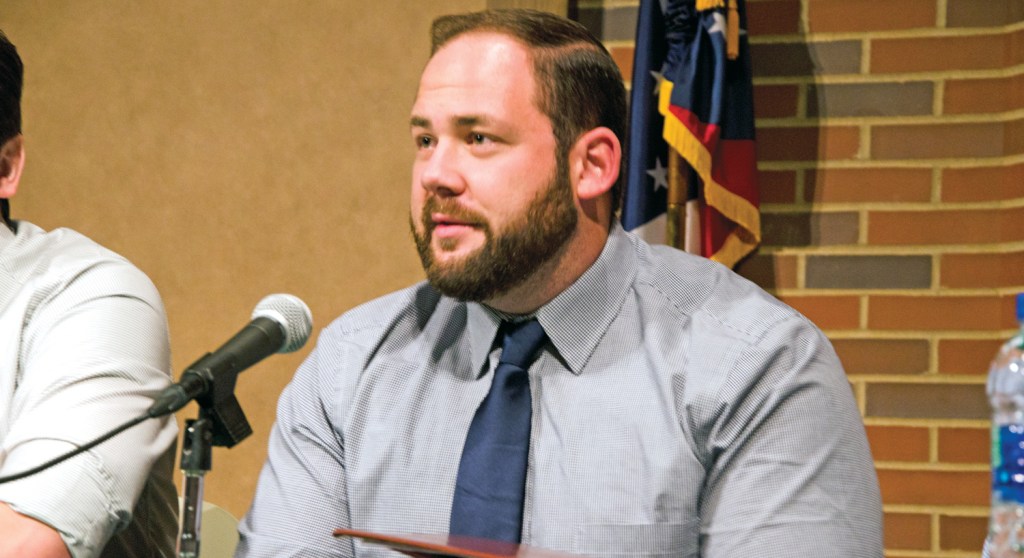 Judge, prosecutor recuse themselves from case

On Monday, Ironton Mayor Sam Cramblit II pleaded not guilty to operating a vehicle under the influence and a special prosecutor and a special judge were appointed to his case in the Ironton Municipal Court.

The court’s judge Kevin Waldo recused himself from the case and the Ohio Supreme Court appointed Jerome Catanzaro to hear the case.

He retired as a Pike County Common Pleas Probate judge in 2011.

Prosecutor Brigham Anderson has also recused himself from the case and Portsmouth attorney and Portsmouth City solicitor John Haas was appointed to try the case.

A pretrial hearing has been set for Oct. 12.

Cramblit was arrested by the Ohio State Highway Patrol in Ironton around 1 a.m. on Aug. 20.

According to a report from the OSHP, a trooper was going west on South Fourth Street when he saw a vehicle that was going above the posted speed limit, which means that the driver probably hadn’t stopped at the stop sign.

Cramblit was given the standard field sobriety tests, including the gaze test and the walk and turn test.

Cramblit did not do well on the tests, the report said, and the trooper “observed seven standard clues of impairment.”

Another trooper arrived on the scene to administer a portable breath test and Cramblit hesitated before he refused to take it.

Cramblit was released from the scene to a sober driver.