Party in the Park coming back 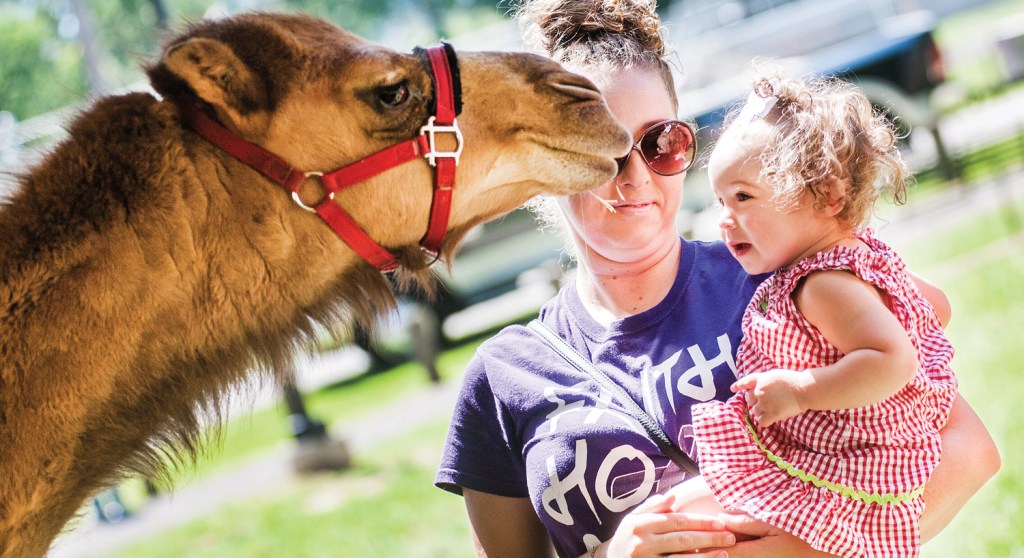 Daniel the camel, from the BARKer Farm and Petting Zoo, greets a young attendee at Party in the Park in South Point in 2018. (The Ironton Tribune | Jessica St. James)

Family event is scheduled for next summer

SOUTH POINT — People for the Point has hosted a re-organizational meeting and plans are under way to bring back the village’s annual Party in the Park event for the Independence Day weekend.

South Point Mayor Jeff Gaskin, who attended the group’s meeting on Aug. 9, said there were about 16 people present to reinvigorate the group and that new officers were elected.

He said the goal is to work for the return of the July 4 event next year, which will take place at the village park.

This will coincide with the annual fireworks show, launched from the Ohio River, which the village does in conjunction with Kenova, in West Virginia, and Catlettsburg and the Boyd County Court, in Kentucky. The display is the largest in the Tri-State area.

He said the group is also planning events for the village for the Christmas season.

Gaskin said that the group will meet at 6:30 p.m., on the second Monday of each month at the village community center at the park, which was renovated last year. He said anyone who wants to be involved is welcome to attend. The next meeting is set for Monday, Sept. 12.