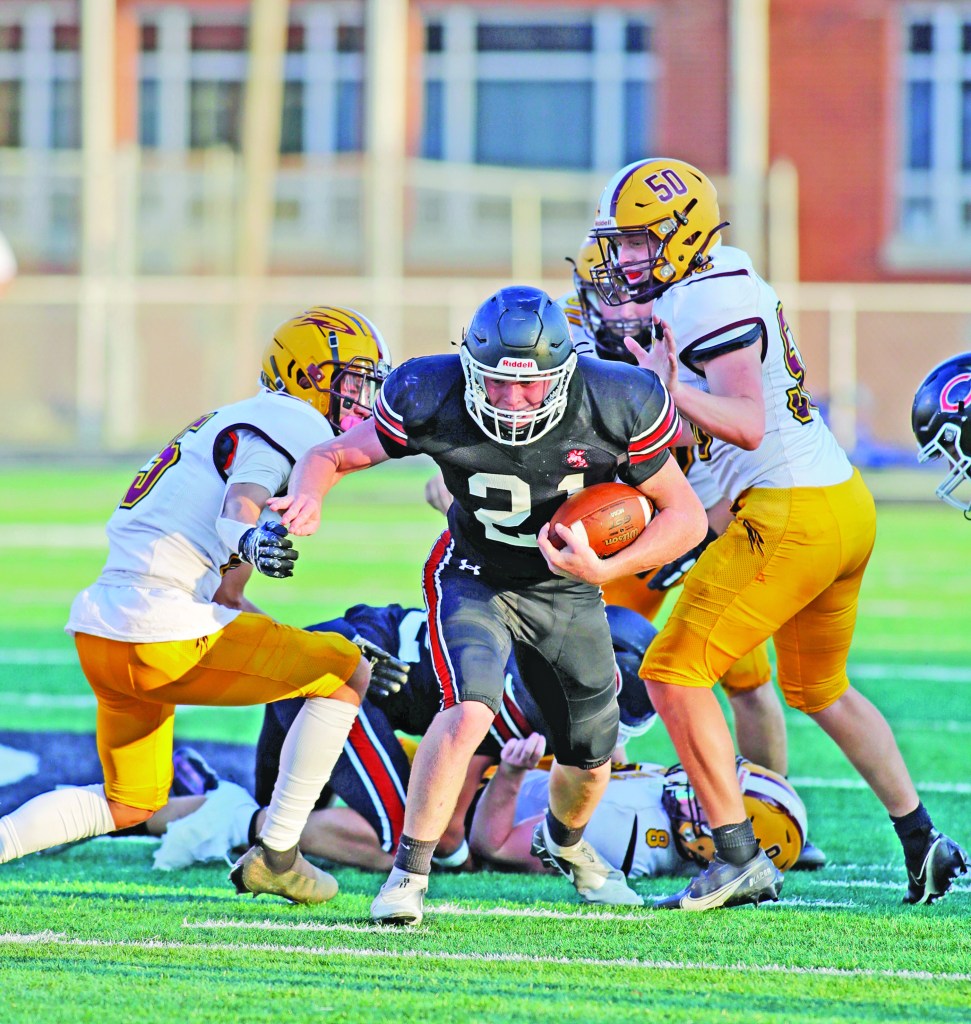 COAL GROVE — People face a lot of hurdles in their life. Chase Hall is hoping that by clearing one set of hurdles will help him clear any hurdles that are in his path to college football.

In this past spring, Hall ran a 15.09 time to place third behind a pair of seniors — Collin Has Abed of Grandview Heights and Beau Brungard of Springfield Local — in state track meet.

Hall said one sport compliments the other and he’s hoping to make it work for him.

“A lot of colleges look at me and look at that and see your speed and that helps you over into the recruiting process where you have that speed in track and you can carry it over onto the football field,” said Hall.

There are already some colleges who have taken notice of the 6-foot-2, 205-pound two-sport standout.

West Virginia State, Alderson-Broaddus, Gannon University and Fairmont State have all shown interest in the Hornets’ standout. He has also gotten some interest from Ohio University.

“I’m hoping to get some more looks throughout the year. I’d love to (play at Ohio),” said Hall.

Coal Grove head coach Jay Lucas said that colleges know they are getting a quality player and it will just be a matter of where they want to play him once he is part of their program.

“Chase is a hard-working kid. He gives you everything he’s got all the time. We’re expecting big things from him. He’s a special player and there’s no secret he’s a large part of our success last year,” said Lucas.

Hall said he has been playing football for as long as he can remember and he has a great love of the game.

“I’ve been playing football for years, since flag football,” said Hall. “I’m a running back and linebacker. In college, I’d like to be a linebacker.

“I prefer linebacker but running back is still kind of fun. Football gives me something to do. I’ve always loved it. One thing is, you can hit people and I love doing that.”

Hall quickly added a disclaimer to let college coaches know he will be flexible when it comes to playing a position.

“I’ll play wherever they put me.”

Hall rushed for more than 1,600 yards in just eight and a half games last season. A workhorse, Hall averages more than 20 carries a game.

“I do get the ball quite a bit every game. It gets tiring, I get wore out sometimes but I just push through it onto the next down. Every play,” said Hall.

“This year, I want to go deep in the playoffs, I want to break the (single-season) rushing record. It’s 2,028 yards. I’d like to break that this year,” said Hall.

A key reason Hall believes he can break the record is his offensive line.

“We’ve got everyone back except a couple of linemen and a receiver. I think this year our line is going to be solid. They’re all older, stronger, faster, have more knowledge than last year. They’ve grown up a lot. I think we’re going to be a little better up front than we were last year,” he said.

In the case of Chase Hall, it sounds like he’s ready to clear a few more hurdles.