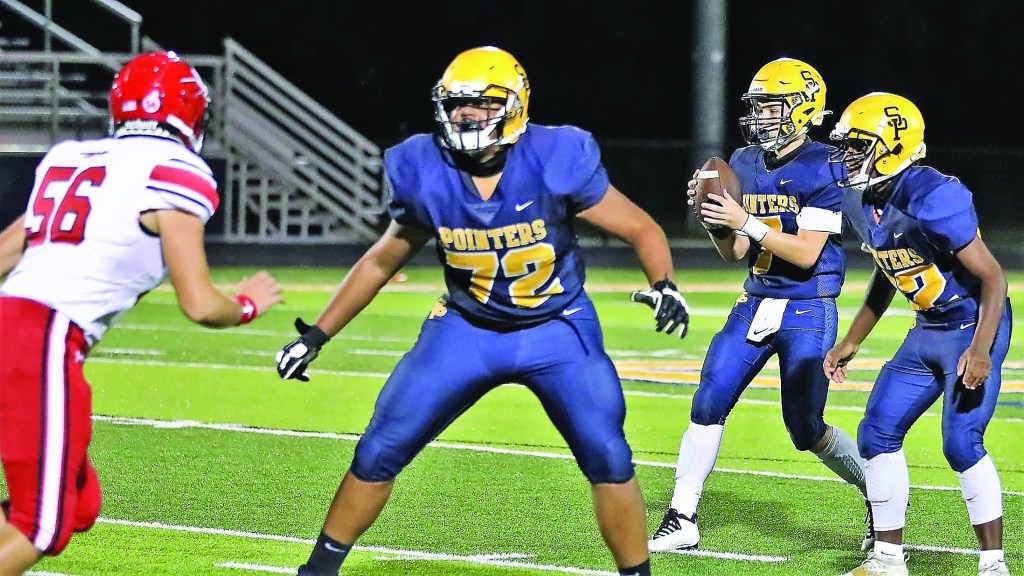 Long moved from Florida to South Point before his freshman year of high school. He had never played football before and decided to take up the game.

Four years later, the 6-foot-6, 320 pound lineman has an offer on the table from the Akron Zips and possibly additional interest from Ohio University, Bowling Green and Buffalo.

“I came from Florida and I really wasn’t an active kid and didn’t really do anything,” said Long. “When I came up here, I saw a chance to change my life so I decided to pick a sport to play and football was that.”

Football was a good choice, especially considering Long’s size. However, he said his size, much like is participation in football, were both Johnny Come Lately.

Even though Long started to dominate opponents, he never thought much about what he was doing both mentally and physically to opposing linemen.

“When I started playing, I thought I was nothing special. Then, through the seasons, coaches started to see the potential through me and they were training me, teaching me all the stuff to get me ready for the next level,” said Long.

With offers on the table, Long is taking a slow pace to the next level and he is keeping an open mind about his college choices.

“I’m going to keep the door open for a little bit, but if I don’t see a change so far, I’m going to commit to Akron,” said Long.

For now, all Long wants to do is win as many games as possible,

“I just want to win. I want to change the history of South Point. I just want us to make a name for ourselves. I’m tired of being the team that always loses,” said Long.

And when he gets to college?

“It’ll be the same thing. Just go there to win, help my teammates and help everyone I possibly can,” said Long. “Anyone can be the dominant if they just work hard enough.”

Pointers’ head coach Chris Davis said Long has been the mainstay to the Pointers with his play, work ethic and leadership.

“He’s meant a great deal to the team. This is his first time playing football and he’s progress tremendously from then until now,” said Davis.

“He’s still a little green and got a lot to do but he’s headed in the right direction.”

And that direction is in the fast lane headed for Division 1 college football.