King of the planets: Spot Jupiter from home tonight 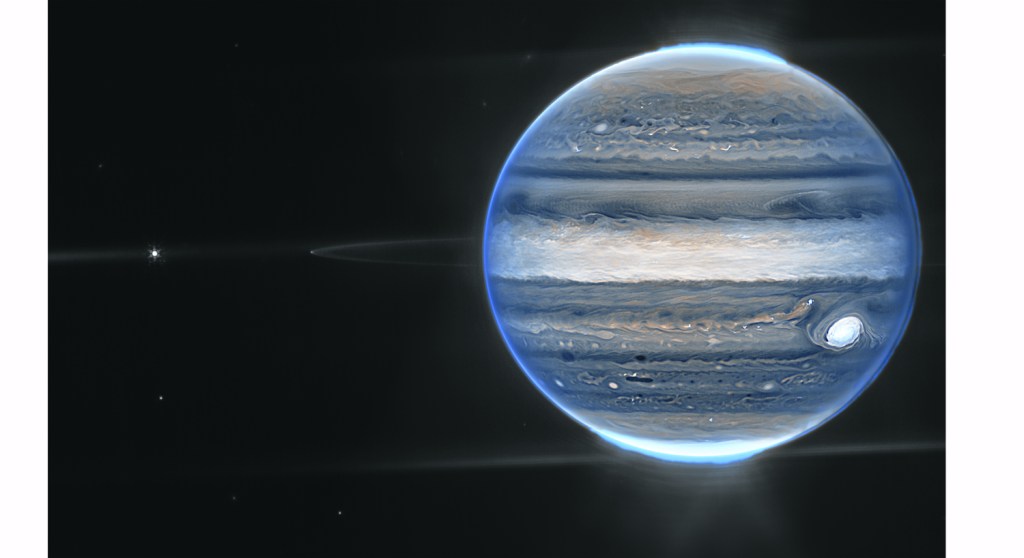 This wide-field view of Jupiter, taken by the earth-orbiting James Webb Space Telescope, shows the planet with its faint rings and two of its moons, Amalthea and Adrastea. The Great Red Spot (in white here), an anticyclonic storm that has been raging since at least the year 1665 and larger than the earth, can be seen in the lower right portion of the planet. (NASA, ESA, CSA, Jupiter ERS Team; image processing by Ricardo Hueso (UPV/EHU) and Judy Schmidt.) 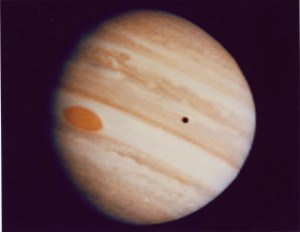 A half century’s difference — One of the earliest, clear looks at Jupiter was taken by NASA’s Pioneer 10 on Dec. 3, 1973, on its flyby with the gas giant. Launched in 1972, it was the first probe to reach the planet. This year’s Webb images, taken at a much greater distance from the planet, show far more detail. (NASA photo)

The southern sky of late summer and fall tends to be dull for stargazing, with faint and unremarkable constellations making up most of the viewing in the primetime hours of the night.

However, through coming weeks, there will be one exception – Jupiter will be a standout, rising in the east, shortly before 9:30 p.m. tonight, and dominating its surroundings in the southeastern sky.

Appearing as the fourth-brightest object visible at night from Earth (after the sun, moon and Venus) it will look like a brilliant star, minus the distinctive twinkle, and can be spotted near the constellation of Aries, ascending high as the night progresses.

This month, NASA released a new batch of images from the James Webb Space Telescope, which included several of Jupiter.

• Radius: 43,441 miles. More than 11 times the diameter of Earth, it is twice as massive as the other seven planets combined.

• Fifth in line from the sun, Jupiter’s orbit lies between Mars and Saturn.

• Jupiter is made up of 90 percent hydrogen and 10 percent helium and does not a have a solid surface.